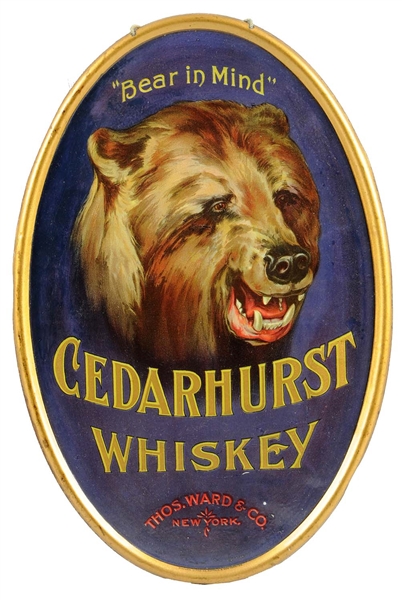 Featured is an early 1900 era self-framed tin sign from the Thomas Ward Company for their Cedarhurst Whiskey Brand. The caption says “Bear in Mind” and has a large brown bear prominently shown on the sign. 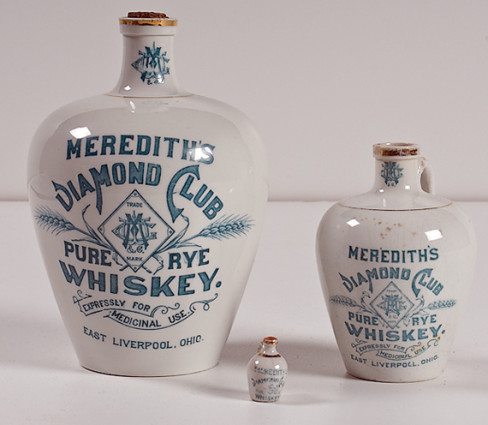 Featured are a set of early Diamond Club Rye Whiskey porcelain KT&K style jugs from East Liverpool, Ohio. George Meredith was the brainchild behind this style of rye jugs, however, several other whiskey distillers would also use these OH produced jugs also in the late 1800’s. 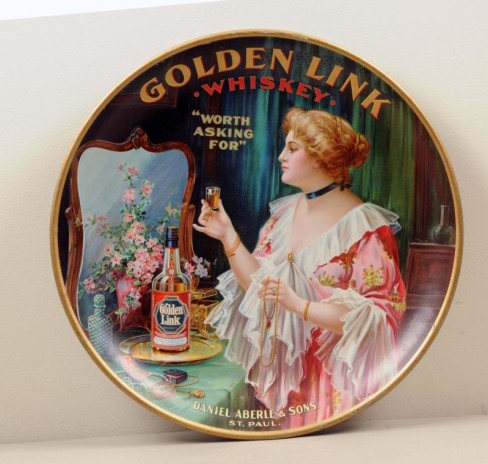 The Daniel Aberle and Sons whiskey distilling company produced this beautiful tin charger tray sign around 1905 for their Golden Link Whiskey brand. The Daniel Aberle & Sons Whiskey Distilling Company was based in Minneapolis, MN before Prohibition. 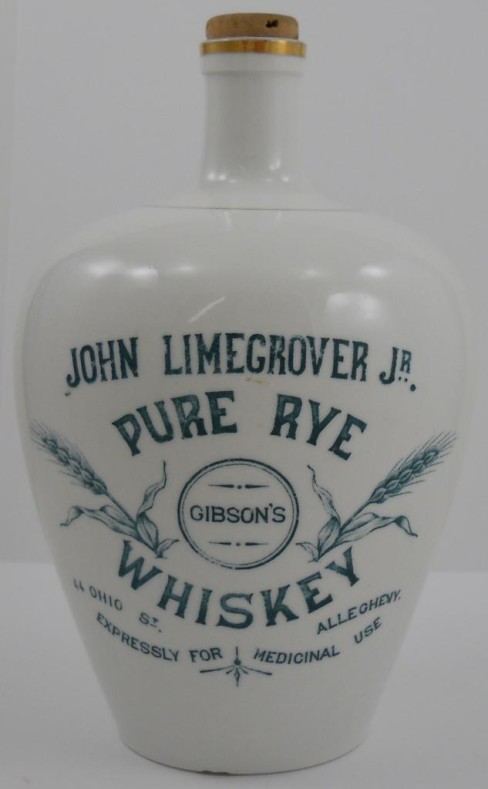 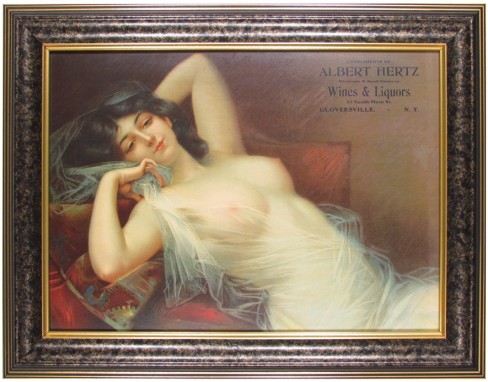 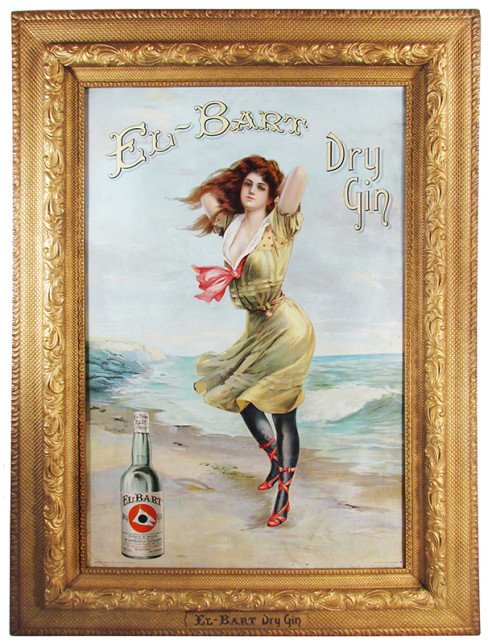 A beautiful El-Bart Dry Gin Lithographic Framed Print with the original framing and company designation. Circa 1905. 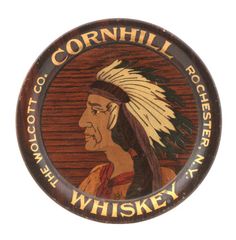 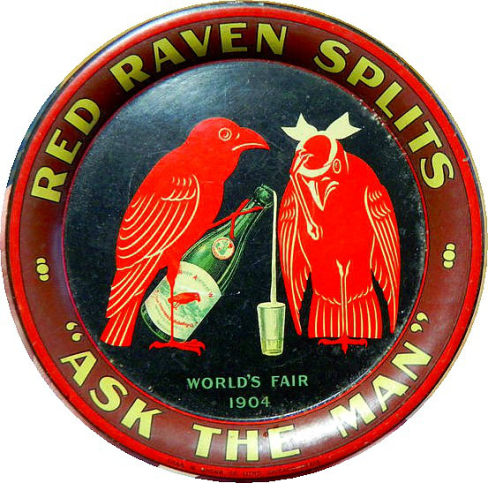 This particular version of the popular Red Raven Splits hangover remedy featured a red raven bird nursing another who is dressed in a bandaged image. The tray was a giveaway during the immensely popular 1904 St. Louis World’s Fair event. 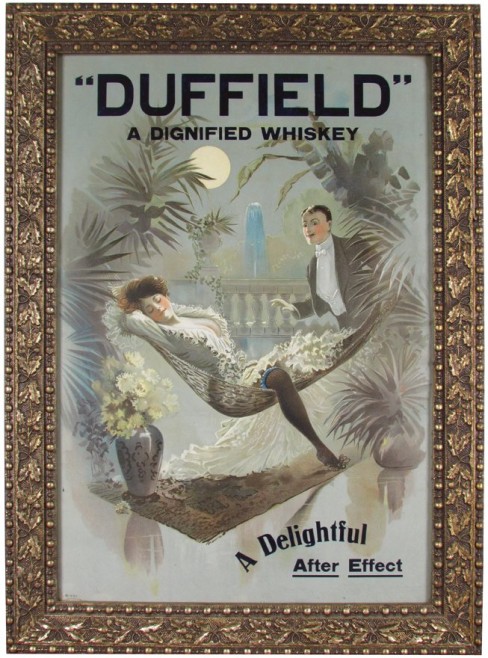 Featured here is an early 1900 era advertising lithographic print advertising the Duffield Brand of Whiskey, with an interesting slogan letting you know you will have a delightful after effect! 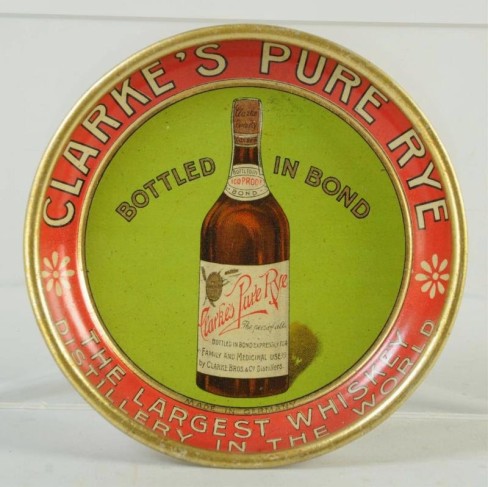 This is a stunning Clarke’s Pure Rye Whiskey Tip Tray, Bottled in Bond, from the Clarke’s Whiskey Company in Peoria, IL. Many of the Clarke’s whiskey advertising items featured the slogan “Bottled By The Government”.