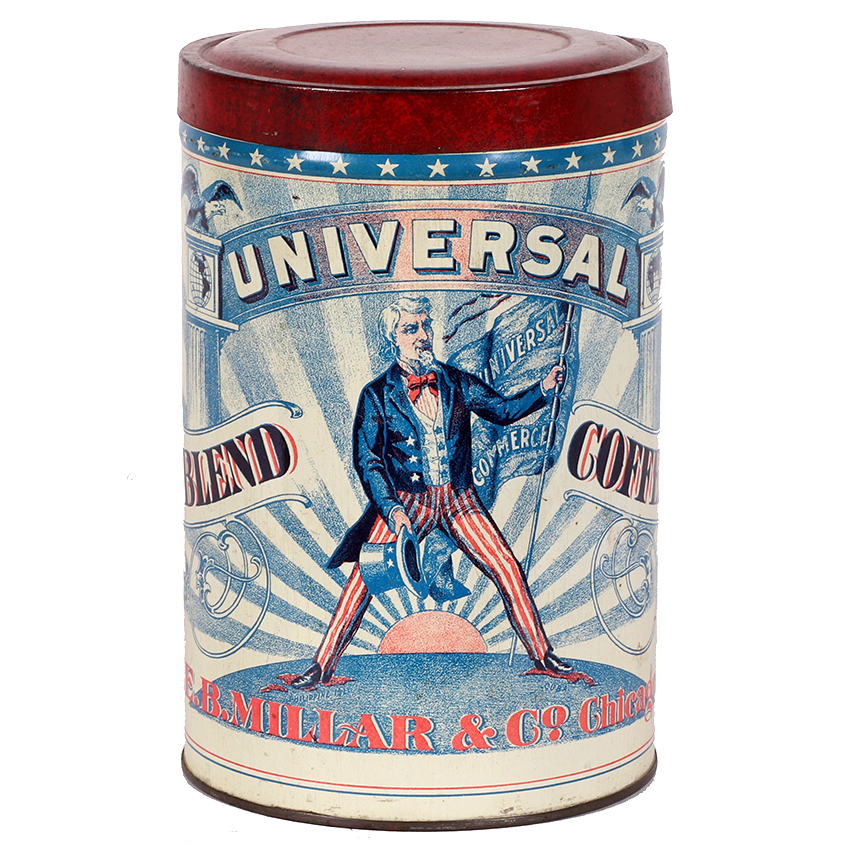 I love this coffee can from the E.B. Millar & Company Coffee Manufacturing Company which was based in Chicago, IL. In a time people in the United States were much more patriotic than they seem to be today, Uncle Sam was used in many branding images, from coffee products like this one, to tobacco, beer, rubber products, shoes, and many other consumer products. When this can was produced shortly after WW1 ended, patriotism was running high, and consumers certainly tried to support patriotic themed products I would suspect. This Universal Brand of Coffee can with the dominant image of Uncle Sam would fit that advertising mentality quite perfectly.

Based at 426 W. Grand Avenue in Chicago, the E.B. Millar Company was established in the 1870’s in Chicago just after the great fire, and was a well known producer of many coffee brands. Besides Universal, the company made Nut-Brown Coffee, May Day, Roasted Araby, Pearleu, and many types of Excelsior types of spices. It is not known the author as to when the company went out of business.