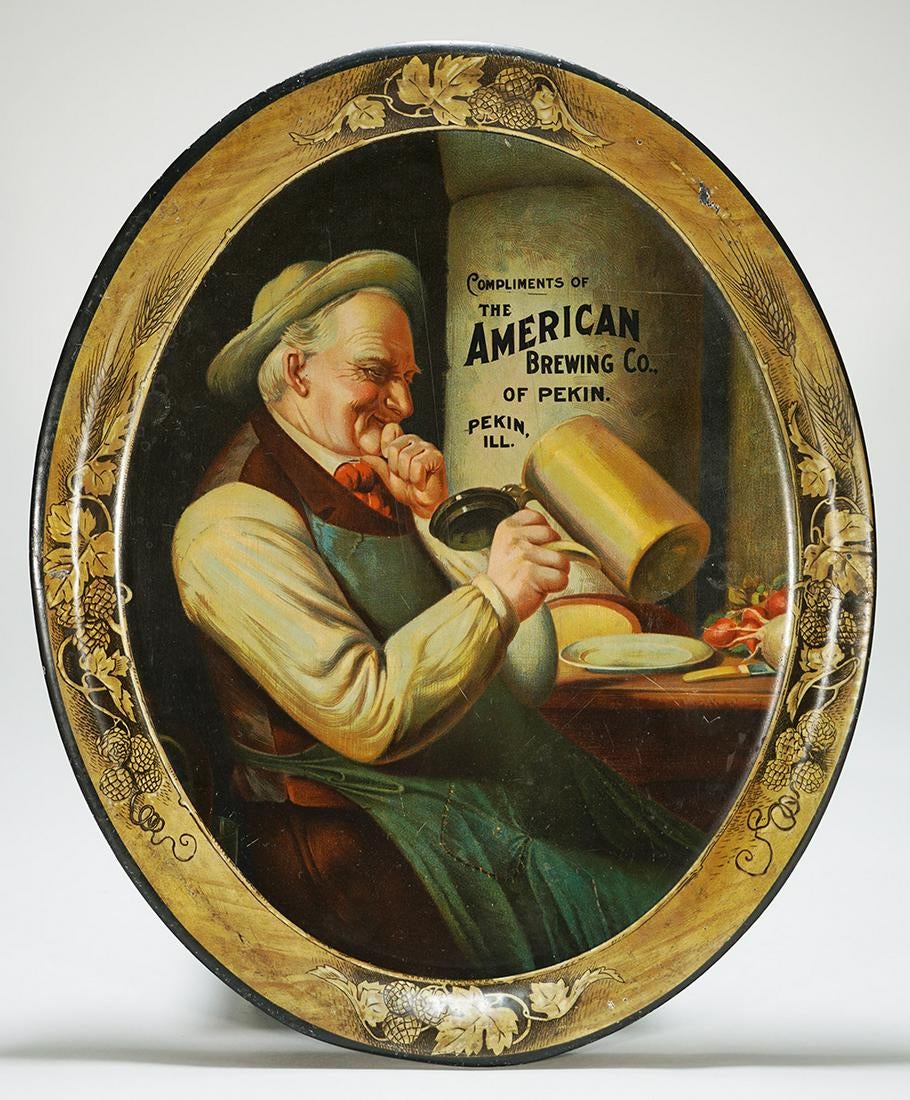 The American Brewing Company of Peoria, Illinois put out this beautiful oval serving tray prior to prohibition. This particular tray is called a stock tray, meaning the image was used for many brewers and distillers at that time, with only the name of the brewery or distillery being changed by the printing company in Coshocton, OH. This particular stock tray features an older man looking at his empty stein in close proximity to the brewing keg in the background.

In Peoria, the American Brewing Company had plenty of competition, notably the Leisy Brewing Company, but also many distillers including the Clarke Brothers distillery, which was one of the largest in the U.S. prior to prohibition. This tray is a beauty and the design is one which will catch even the non collector’s eye with the image alone.