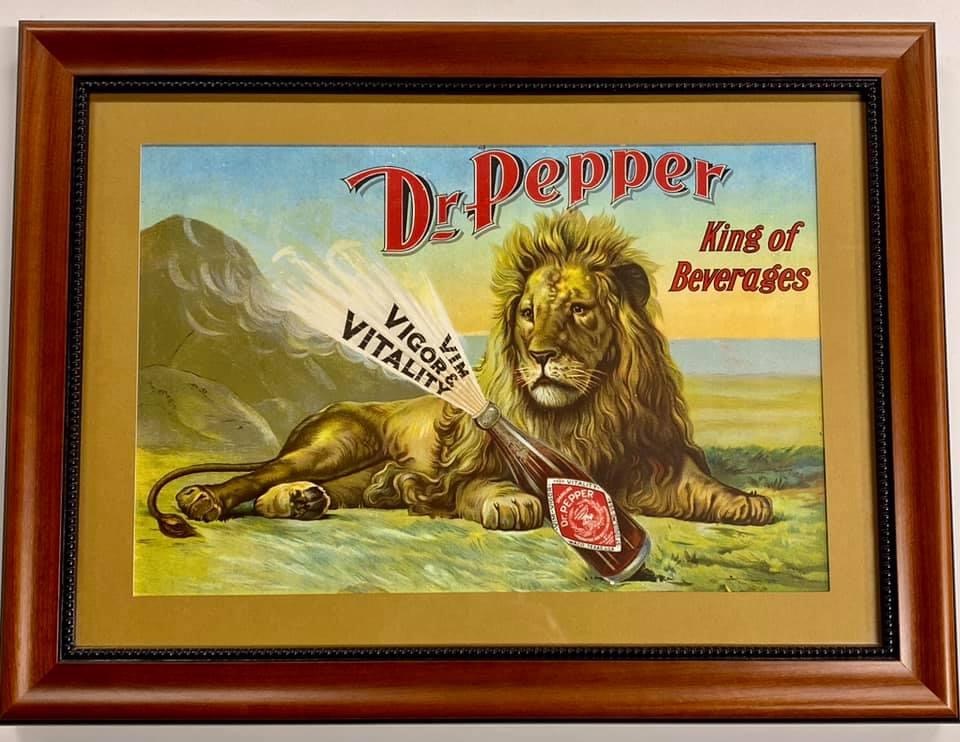 The lion is often regarded as the King of the jungle, and in this case, the King of Beverages, helping sell Dr. Pepper as the King of all soda pop soft drinks! What better connotation of positioning a product as the top choice, i.e. the King product? In this case, this tin sign has Dr. Pepper positioning the drinks benefits of bringing Vim, Vigor, and Vitality to the person who drinks it. Not surprisingly, quite a few products in the early 1900’s used lions to call their products the king of their product category. The American Brewing Company in St. Louis used lions in several of their ads as the King of Beers well before Anheuser-Busch did the same with Budweiser.

The Dr. Pepper Soft Drink Company was first created around 1885 in Waco, TX by a pharmacist named Charles Alderton. By 1904 the drink was marketed nationally in the United States and was a big competitor to Coca-Cola, Pepsi-Cola, Hires, NuGrape, Nehi, Moxie, and many other pop drinks of that era.