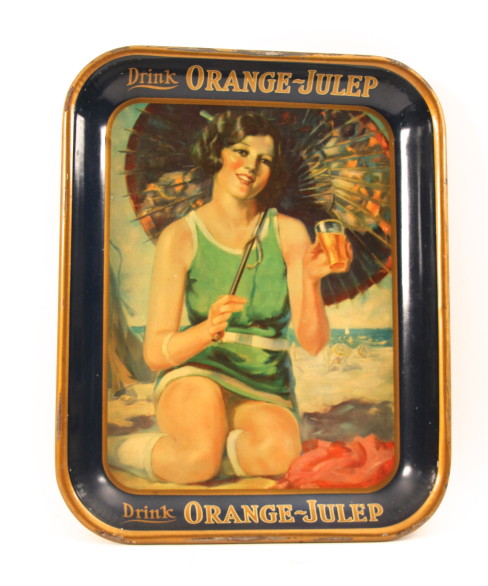 Circa 1920 Metal Serving Tray for the Orange Julep brand. This tray was very risque for it’s time based on the positioning of the womans dress and apparently it was a cause of concern for the company due to some backlash at the time. The Orange-Julep brand was a fairly large national seller in the soda world at the time. Coshocton, OH Manufactured Tray.

This Vess Soda tin sign features a beautiful winter scene and displays three flavors on the bottles, Circa 1940. 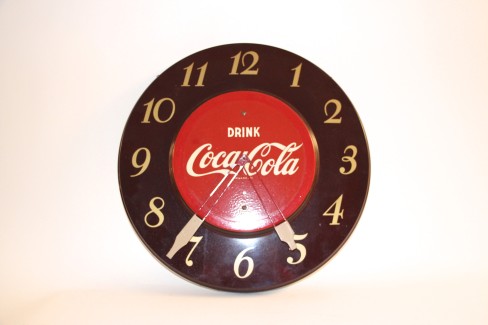 This is a metal advertising clock from Coca-Cola, Circa 1940s . This clock is not considered rare but certainly commands a visual respect with it’s red color contrasts. 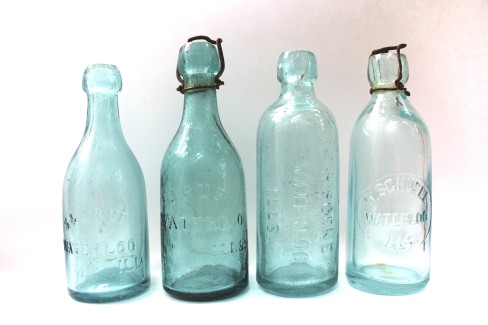 Circa 1860-1880s era Blob and hutchinson style soda bottles from Waterloo, Illinois. The earliest one is the John Ruf soda bottle which is civil war era. Mr. Ruf was in town from about 1860-1870 when he left for Jacksonville, IL in Morgan County. The others are from Henry Schuell who was in town from 1898-1899 for a short 18 months, and from Henry Boeke was came in 1878 and turned the business to his son Charles around 1895. All of these bottles are hard to find, but the Ruf and Vertical H. Boeke are the only ones of each of these known to exist. Early small town blob and soda bottles including ones with pontil marks on the bottoms are highly sought after by collectors from the area of their origin, the state, or for other factors. 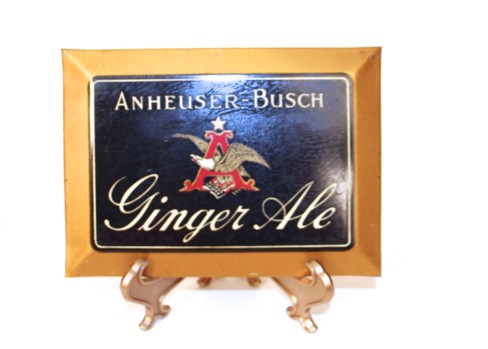 Circa 1920 (TOC) Tin over Cardboard advertising sign for an Anheuser Busch Prohibition era soft drink. Competitor to the Bevo Beverage brand they also sold at this time. This is a smaller TOC and is in wonderful condition. AB sold a lot of soft drinks during the dark days of prohibition which helped it have an advantage over their competitors when prohibition officially ended in 1933. 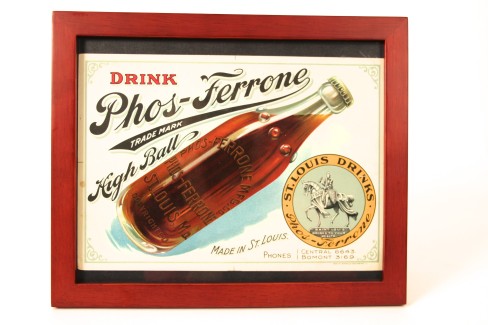 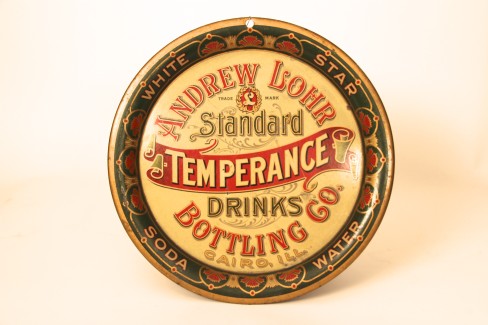 Circa 1910, a rare and beautiful metal serving tray from the Andrew Lohr Bottling Company in Cairo, IL. The Lohr Company produced one other tin soda serving tray which features a soda bottle in the center of it with a bluish center background. 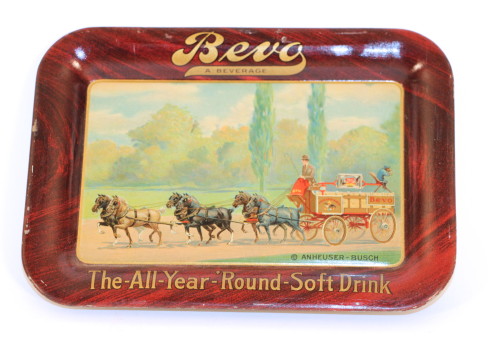 This Anheuser-Busch tip tray advertised their Bevo brand, a prohibition beverage Circa 1920. 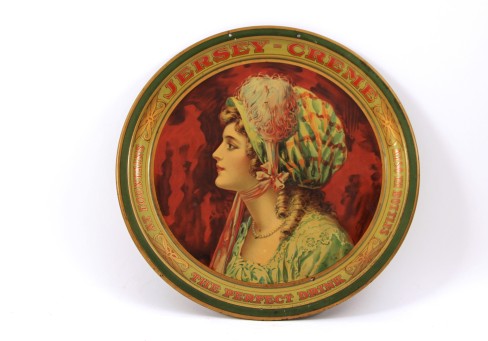 This serving tray advertises the Jersey-Creme soft drink, circa 1910. 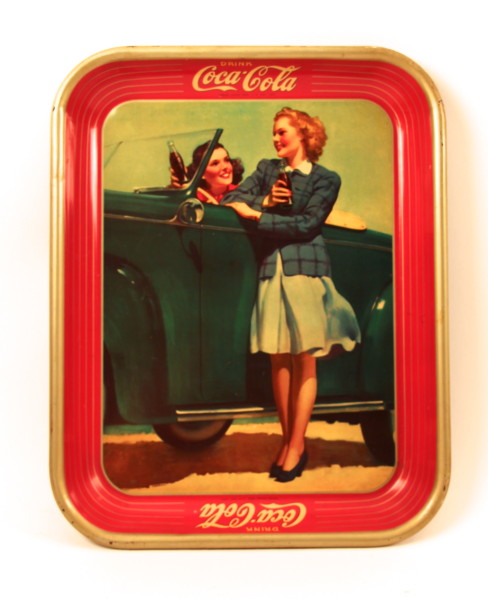 This Coca-Cola soda tray is known as the “The Two Girls at Car” version produced in 1942. The tray artwork portrays two young women at a convertible car each holding a Coca-Cola bottle.