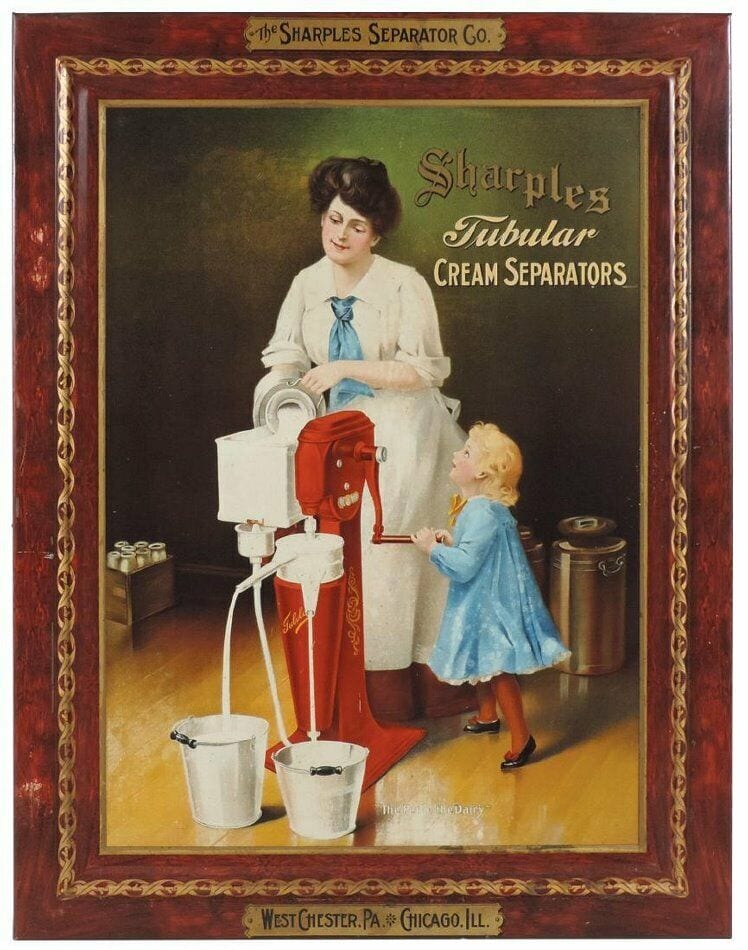 The Sharples Tubular Company based out of West Chester, PA and Chicago, IL was famous all world around for their patented cream separator machines. Dominating in a time where the population in the United States was more rural than urban, it was tough to find a farm which did not employ one of their cream separating machines where dairy cows were bred. This particular self-framed tin sign shows a common scene of the era, a woman using the machine with her attentive daughter helping with the stirring. One can fathom that the machine was so easy to turn even a child could help with the monotonous role of stirring the cream into butter.

The Sharples Tubular Separators were sold by the Sharples Tubular Company outside Philadelphia from the early 1890’s up through the 1930’s when refrigeration and other modern techniques came onto the scene. No longer was the need for hard manual labor to separate the rich butter milk from the raw milk. So with progress, another long standing business model came to a rather swift end.