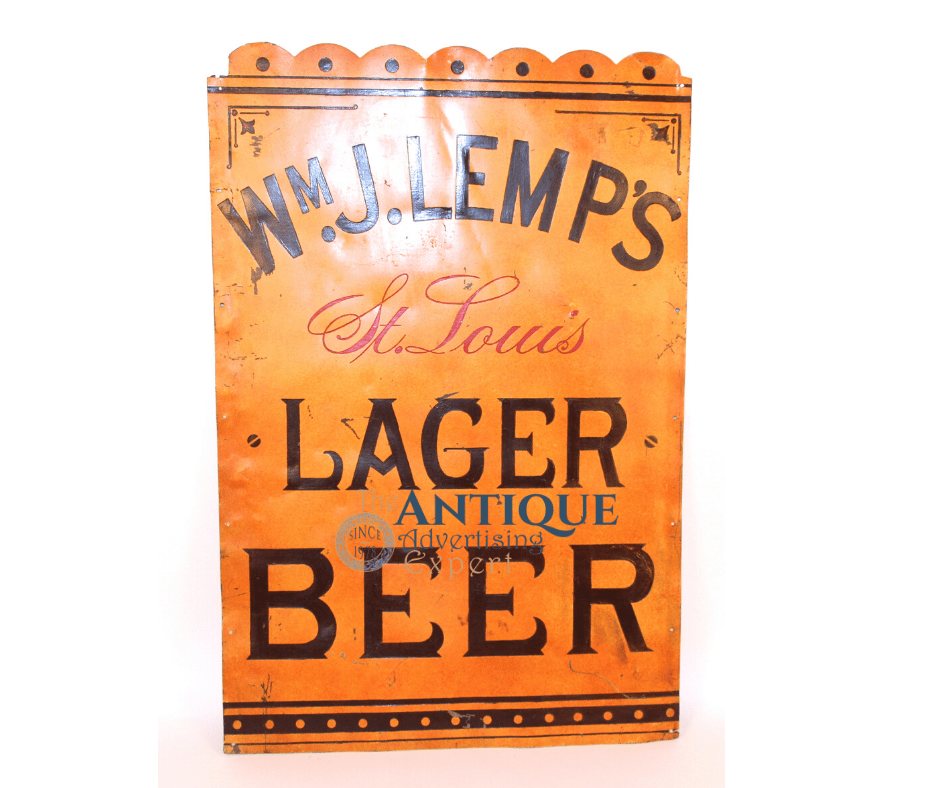 This sign is a large iron or heavy metal composition sign advertising the Lager Beer from the William J. Lemp Brewing Company in St. Louis, MO.  Circa 1885.  This sign was made by The Alex S. Mann Sign Company in St. Louis, MO.  Mr. Mann was a prolific hand sign painter back in the late 1870s and early 1880’s while he worked for the Union Sign Company.   Mr. Mann later went on to start his own sign business, before he ventured into the real estate market around 1890 or so. This hand painted sign was probably designed to be hung outside similar to a corner sign would have been, but this was before the corner signs were developed in the late 1890’s with their boxed housing units.   Each letter and design is embedded into the metal which is very unique in itself.  This would have occurred at the time the sign was forged in the iron making process.