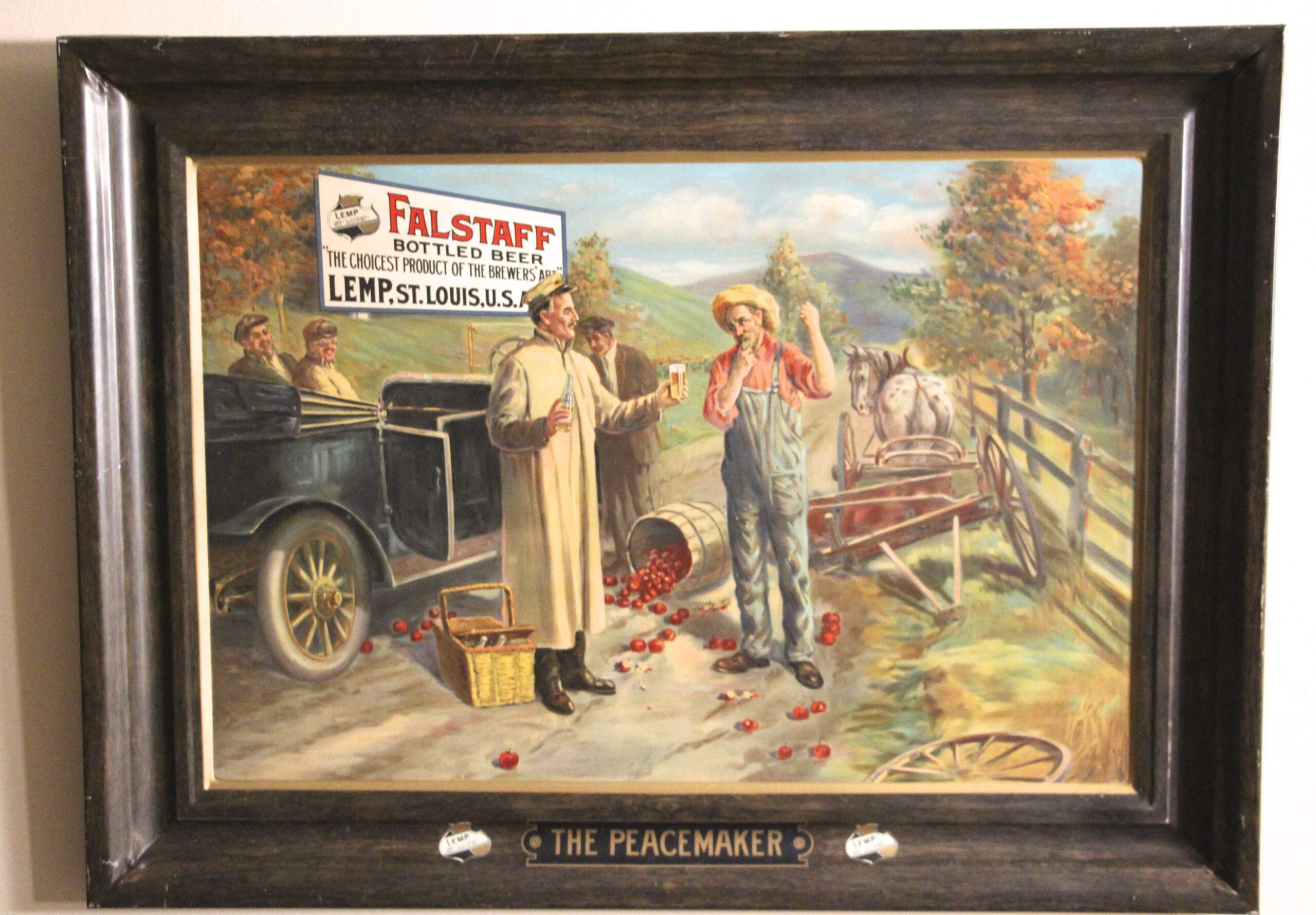 This Falstaff Beer self-framed tin sign is a very desirable piece from the William J Lemp Brewing Company in Saint Louis MO Circa 1915. The top of the sign reads, Falstaff Bottled Beer “The Choicest Product of the Brewers’ Art.” It is entitled “The Peacemaker” and depicts a rural scene where a city car driver collides into a farmer’s wagon. The driver offers the upset farmer a glass of Falstaff bottled beer as a peace-offering. This sign is fairly common but one of the most popular items from this pre-prohibition era collection for Wm. J Lemp Brewing Company.

The Lemp Brewery was ahead of its time in the mid-1800’s when the company established itself in St. Louis, Missouri. It was the first brewery to use refrigerated train cars and their own railroad line to ship products nationwide. William J. Lemp took over the brewery from his father John Adam Lemp, and both helped grow the company to be successful. By the late 1800’s, it was one of the top 20 largest breweries in America and its Falstaff beer was more popular than ever.

Self-framed tin signs are highly sought after by collectors because of their bright colors and striking lithography. Tin signs went through a lithographic process, a printing method that started in the early 1800’s. The lithographic process was made easy with the invention of the lithographic offset press.  The process printed one color for each run through the press.  Accordingly, each color required a new printing plate for the individual color application. So the more colors on the tin, the longer and more complicated it was to produce the item.

In order to make a self-framed tin sign, the lithographed artwork process was applied to one piece of sheet metal. The main image was printed in the center and the simulated frame was printed on the same piece of metal. The entire metal was put into a machine in order to bend it to the sign’s finished shape.