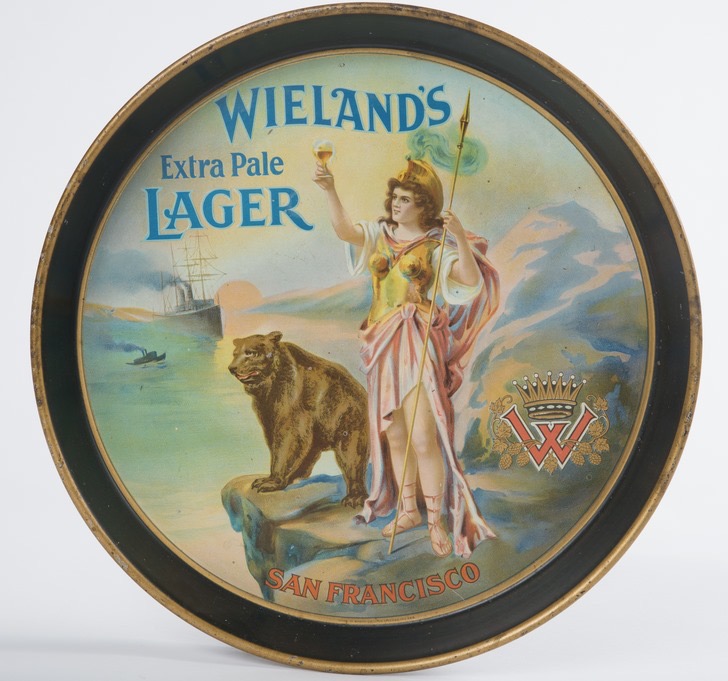 Featured is a beautiful pre-prohibition era brewery tray from the Wieland Brewery which was in San Francisco, California.  This pre pro tray features their Extra Pale Lager style of beer, with a beautiful warrior princess like image gracing the center alongside a bear.  Wieland’s often used Native American images in their advertising, so this is a rather unique design for this brewery.  Circa 1915 era.