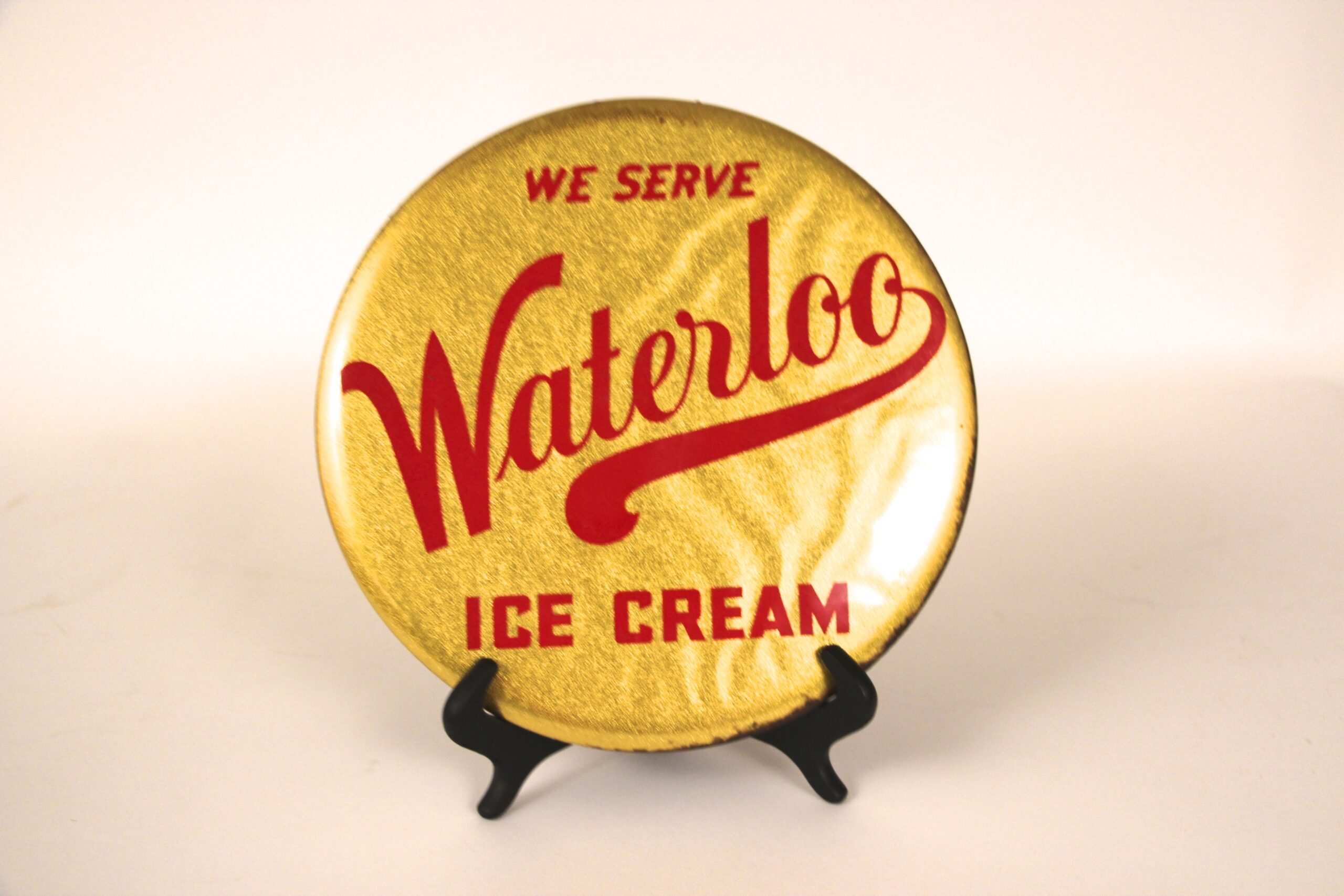 This Waterloo Ice Cream Celluloid Button Sign was manufactured for The Waterloo Milk Company in Monroe County,  Circa 1925.  This celluloid over cardboard ice cream sign is an early sign from shortly before World War II and is considered rare.  This sign was likely produced with a quantity of less than one hundred and placed in small shops that sold their ice cream.