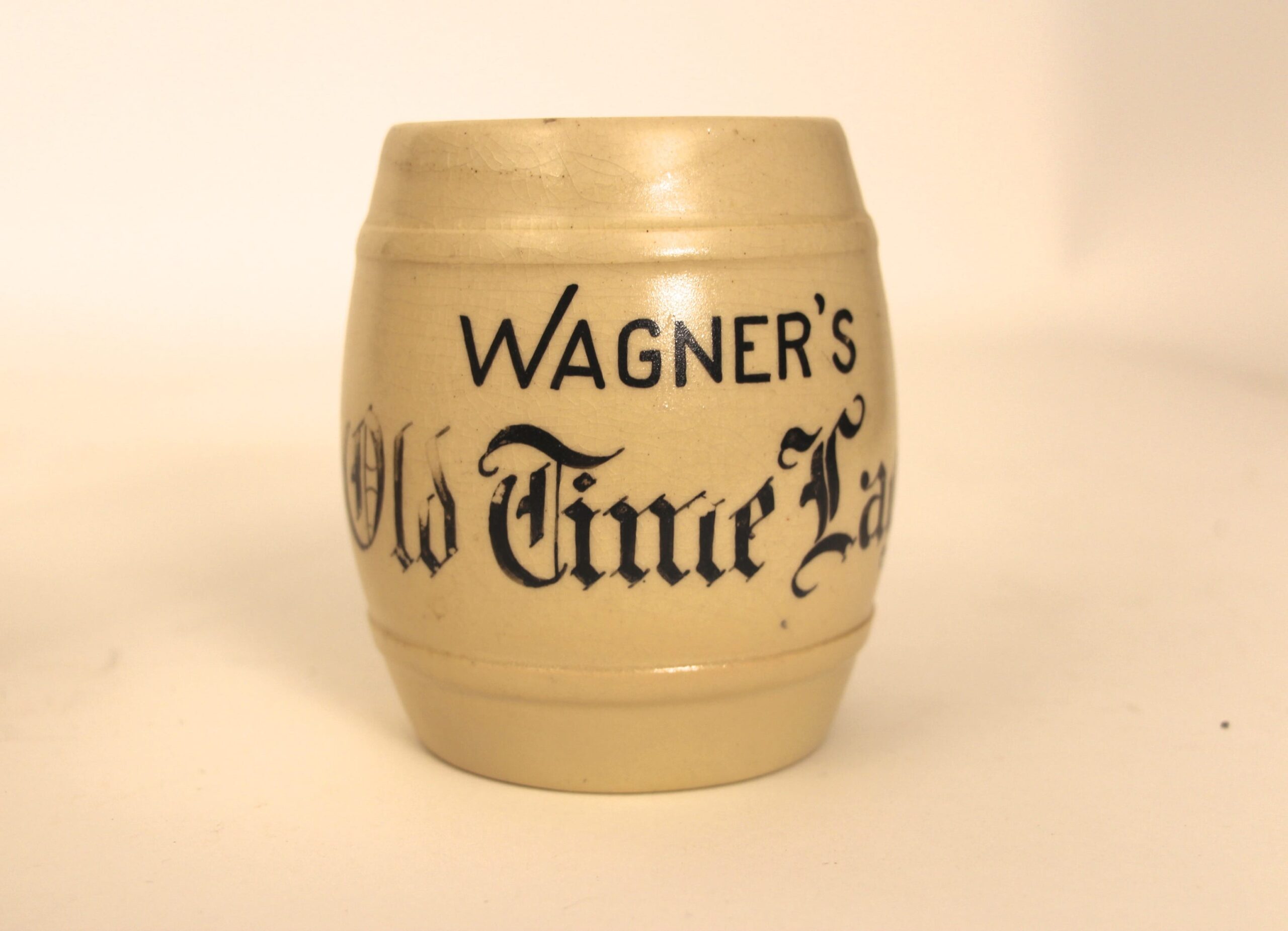 This is a stoneware beer mug for the Wagner Old Time Lager brand which was brewed by The Forest Parking Brewing Company, Saint Louis, MO, 1910.  This brewery was later purchased by the Falstaff