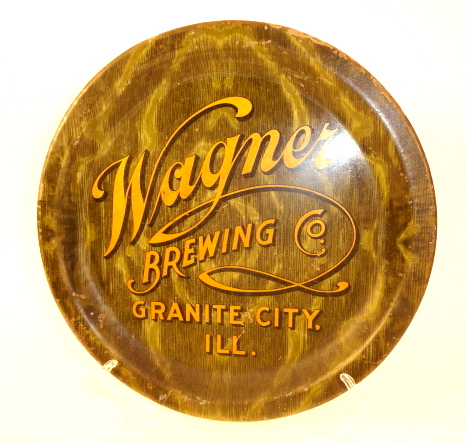 This is an extremely rare Wagner Beer serving tray from Granite City, Illinois from 1915.  This particular tray looks like a pre-printed stock tray but it is actually unique with a camouflage image.  The Wagner Brewery was started in Granite City in 1901 and ran until prohibition started in 1918.  The brewery resurfaced after prohibition ended in 1933. However, it went out of business in 1939.   The Wagner Brewery in Granite City was tied into the same ownership group that also owned two other breweries in Miami, Florida and in New Orleans, Louisiana after prohibition.