This is an enamel porcelain sign from the Illinois Wagner Brewery located in Granite City, Illinois, circa 1935.  The Wagner Brewery used this red, white, blue and gold shield design in its advertising after Prohibition.  Before Prohibition, the brewery incorporated a split shield logo design with only red, white and blue colors. This  porcelain sign is considered rare sign and only a couple are known to exist. It is considered valuable to Breweriana collectors.

The Wagner Brewery was in competition with the Central and Heim Breweries in East St. Louis, IL, the Star and Griesedieck Western Breweries in Belleville, and the Bluff City brewery in Alton, Illinois.  Across the river in St. Louis, Mo were the larger competing breweries such as Anheuser Busch, Wm. J. Lemp, Hyde Park, Columbia Brewing, ABC Brewing , Phoenix, Klausmann, and many others. 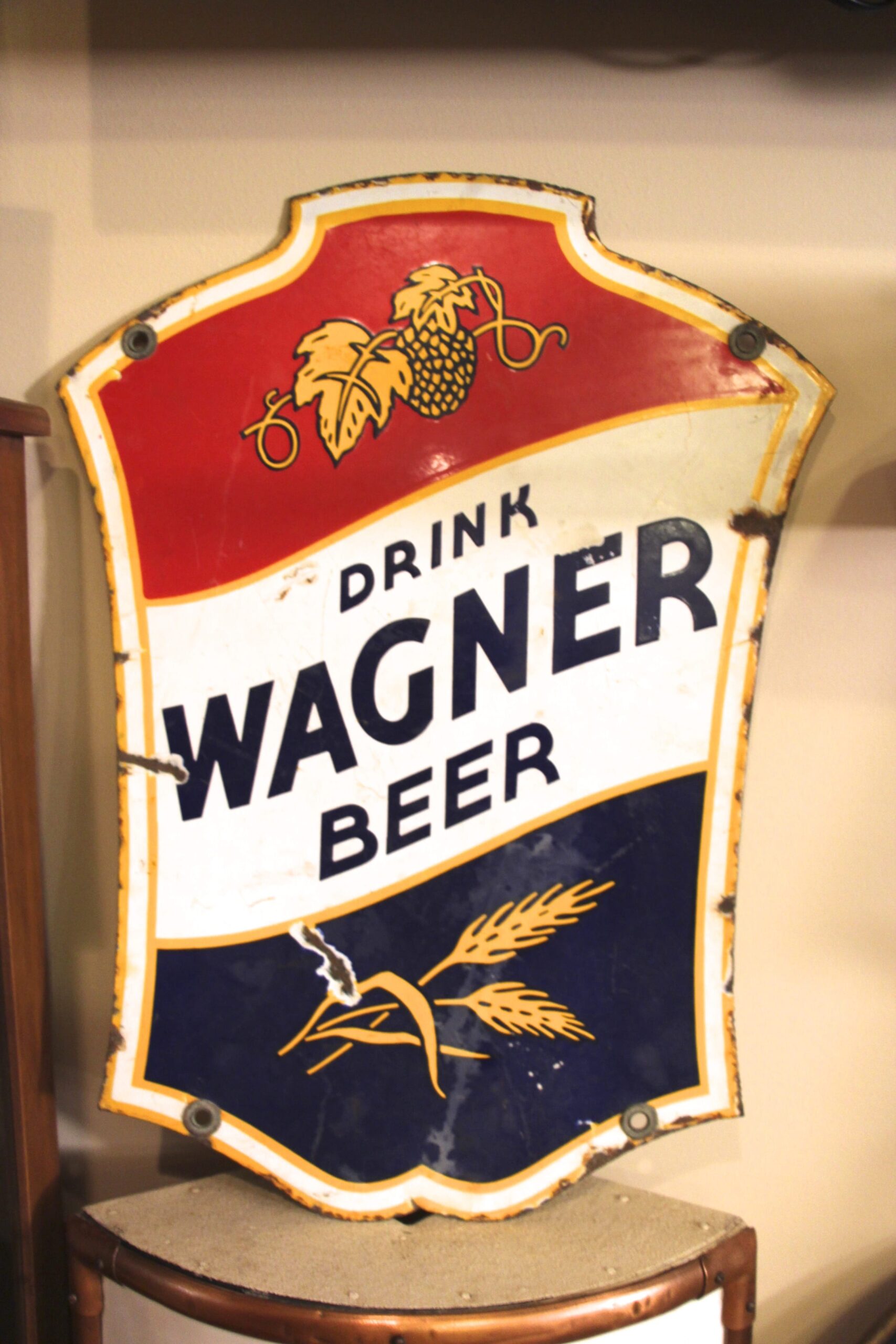