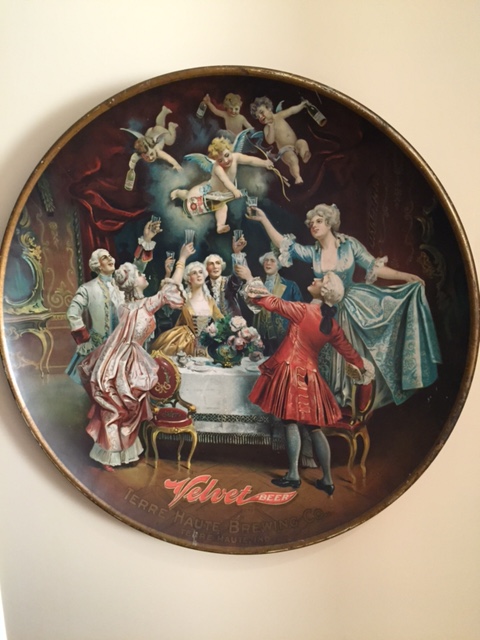 This is a large metal advertising charger sign from the Terre Haute, Indiana Brewing Company, advertising their Velvet Beer brand.  Velvet later became Champagne Velvet, and was brewed for many years as their top seller.  The brand ceased to exist in the late 1970’s, however, it has been resurrected by a local microbrewery called Upland Brewing Company in 2013 once again!