These are three vibrantly-colored coordinating glazed ceramic beer steins with pewter lids produced in Germany for the American Brewing Company (A.B.C.) of St. Louis, Missouri in 1906-1908.

All three glazed ceramic steins impressively feature a full-color lithograph design with gold, green, red, blue, tan and black colors. The vivid illustration focuses on two winged cherubs proudly crowning the top of an A.B.C bottled Bohemian beer. This image symbolized their famous advertising slogan that was etched on the front “King Of All Bottled Beers” describing its flagship brand.

The sizes range from tallest to shortest: 21” H x 6 1/2” W (at the base), 16” H x 5 ¾” W and 7 ½” H X 3 ½”W. The bottom of each stein includes the impression mark Germany for its origination. The impression marks also include the number 6 on the smallest mug, number 7 on the largest one, and number 8 on the middle-sized stein. Each number stands for the date the piece was manufactured in: 1906, 1907 and 1908. The largest two steins also have their own model number: 460 for the middle-sized one and 600 for the largest stein. These pre-prohibition steins all have a pewter handle and lid, with the middle-sized one also having an inlaid ceramic design inset into its pewter top.

The largest of these steins is a hefty size and was most likely given to saloon owners to advertise their brand in the tavern rather than drink out of it. The other two were used as promotional giveaways. These vintage advertising collectibles are hard to find and considered valuable among Breweriana collectors. There is a fourth beer stein that matches these three coordinating A.B.C. brewery mugs.

Some point of purchase advertising sent to South America included phrases in Spanish. One magazine ad appealed to many asking “Bohemians of the American World to stand by their favorite beer. It promotes health and good cheer.” 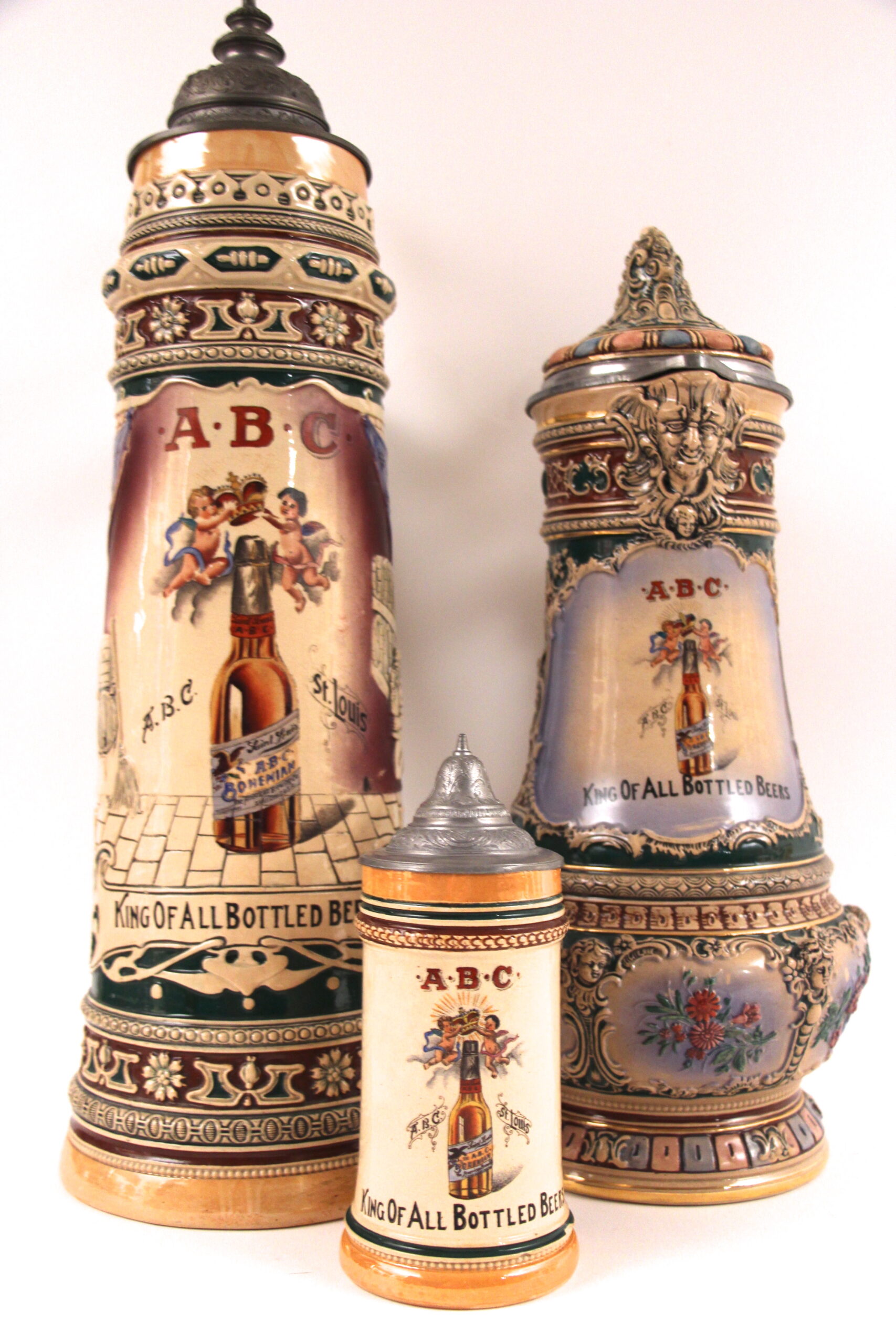