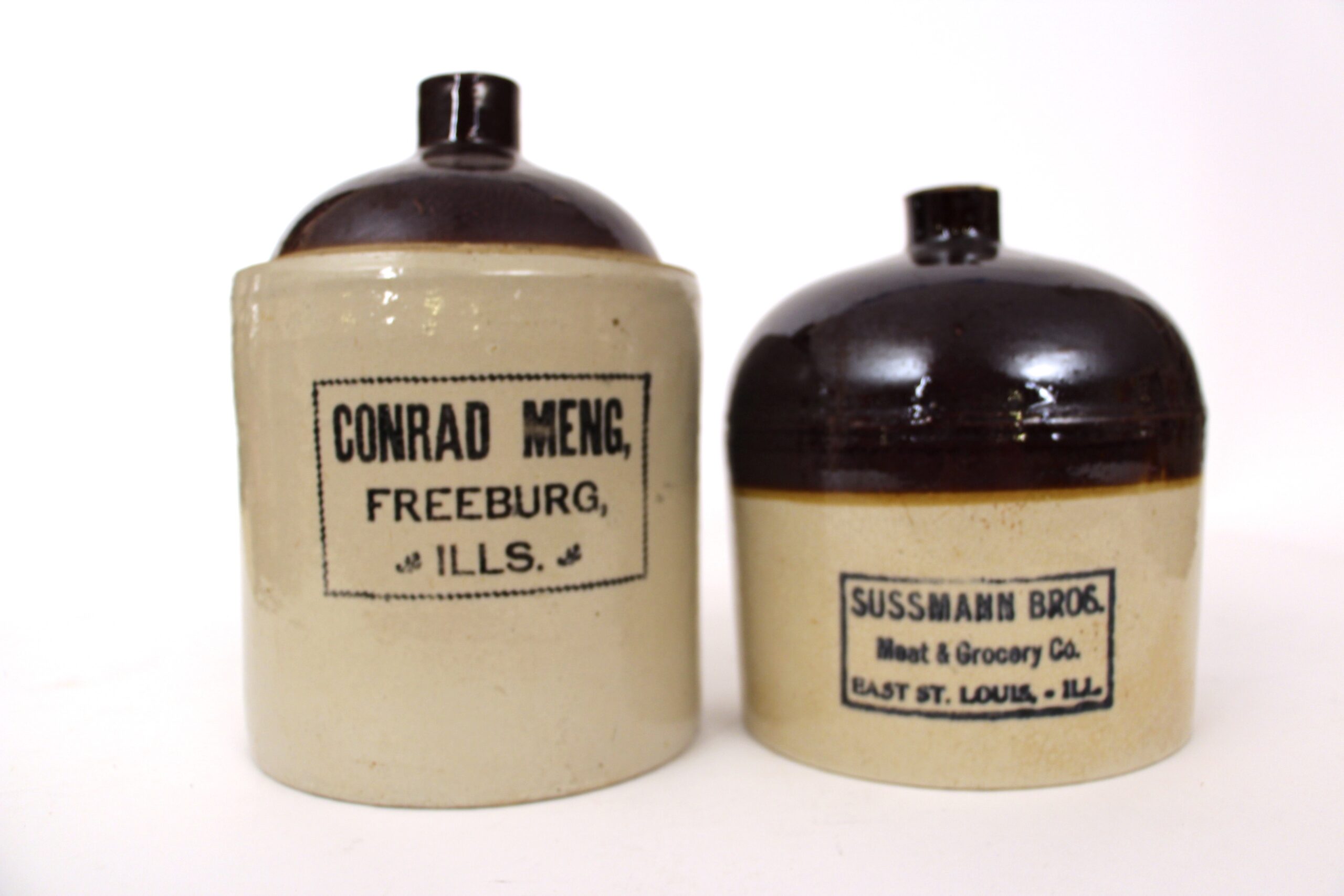 Circa 1900 Stoneware Whiskey Advertising Jugs, from St Clair County, IL.    A half gallon Whiskey Jug from Sussman Brothers and a one gallon jug from Freeburg, Illinois.   Both are very rare and are over 100 years old.   Conrad Meng was a grocer in Freeburg, Illinois around 1895-1915.   The Sussmann Brothers were in business according to old records in1915 but they too were out of business by the late 1920s.  Eventually their building was renovated by a Montgomery Ward retailer in the late 1920s for $65,000.00 which lasted for soem time.  In the 1950’s a new Sears store was built on the site.  The Sussman brothers business was very successful and they were almost what you would consider a modern day department store based on what their ads indicate they sold at one time.