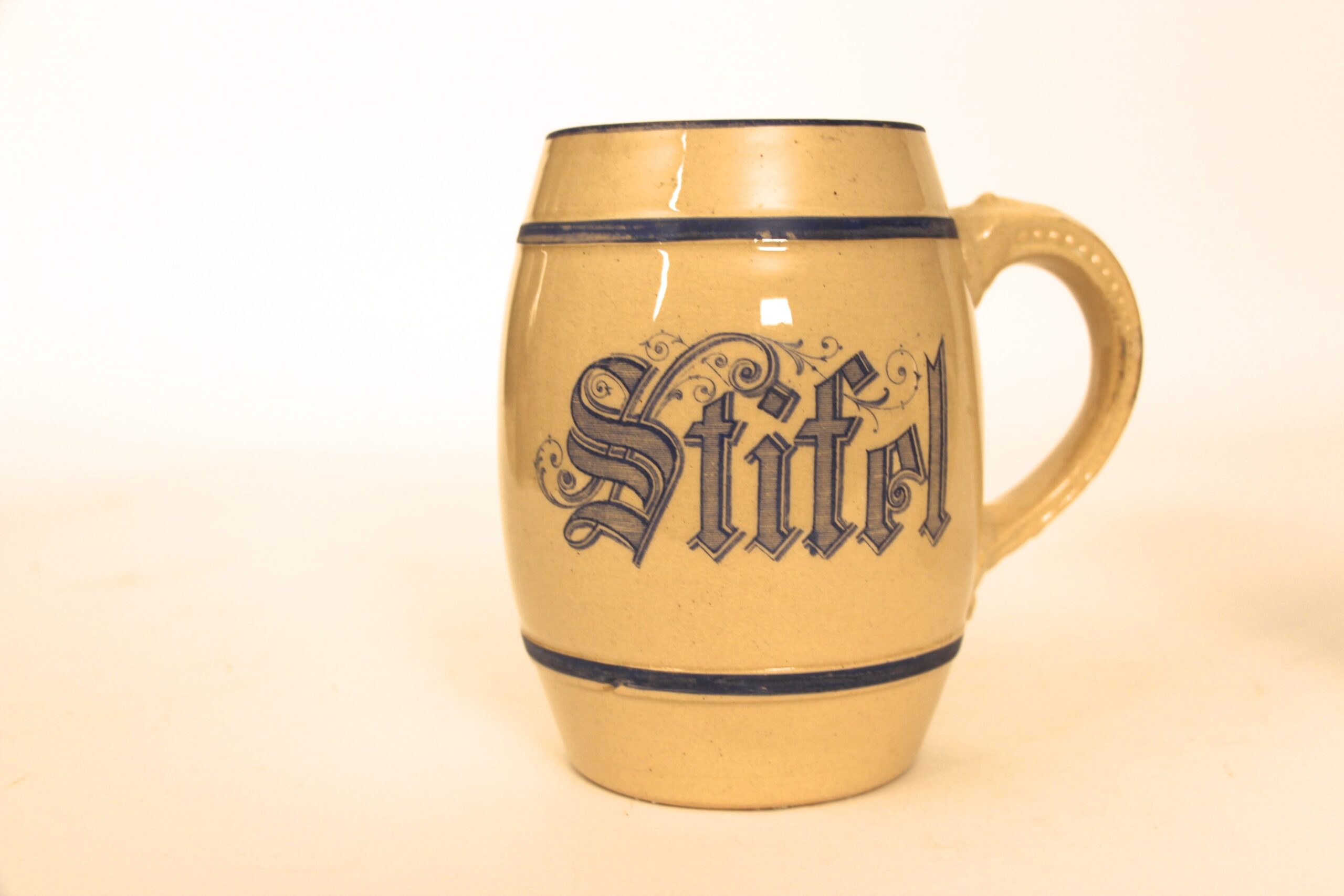 Stoneware Drinking Mug or Stein from the Otto Stifel Brewing Company in Saint Louis, MO.  Circa 1910.  This mug is a pre-prohibition era mug, and was probably given away to local saloons which were owned by the Stifel Brewery as a gift to their customers who drank their product.  There is not much advertising from this brewery to be found today, and unfortunately the brewery went out of business with prohibition and never returned.  Later Mr. Stifel ended up committing suicide, which coincidentally, was fairly common with owners of breweries after the law went into effect.  it’s easy to imagine why.   The government essentially took the livelihood of many families whose families were tied to the brewing industry.