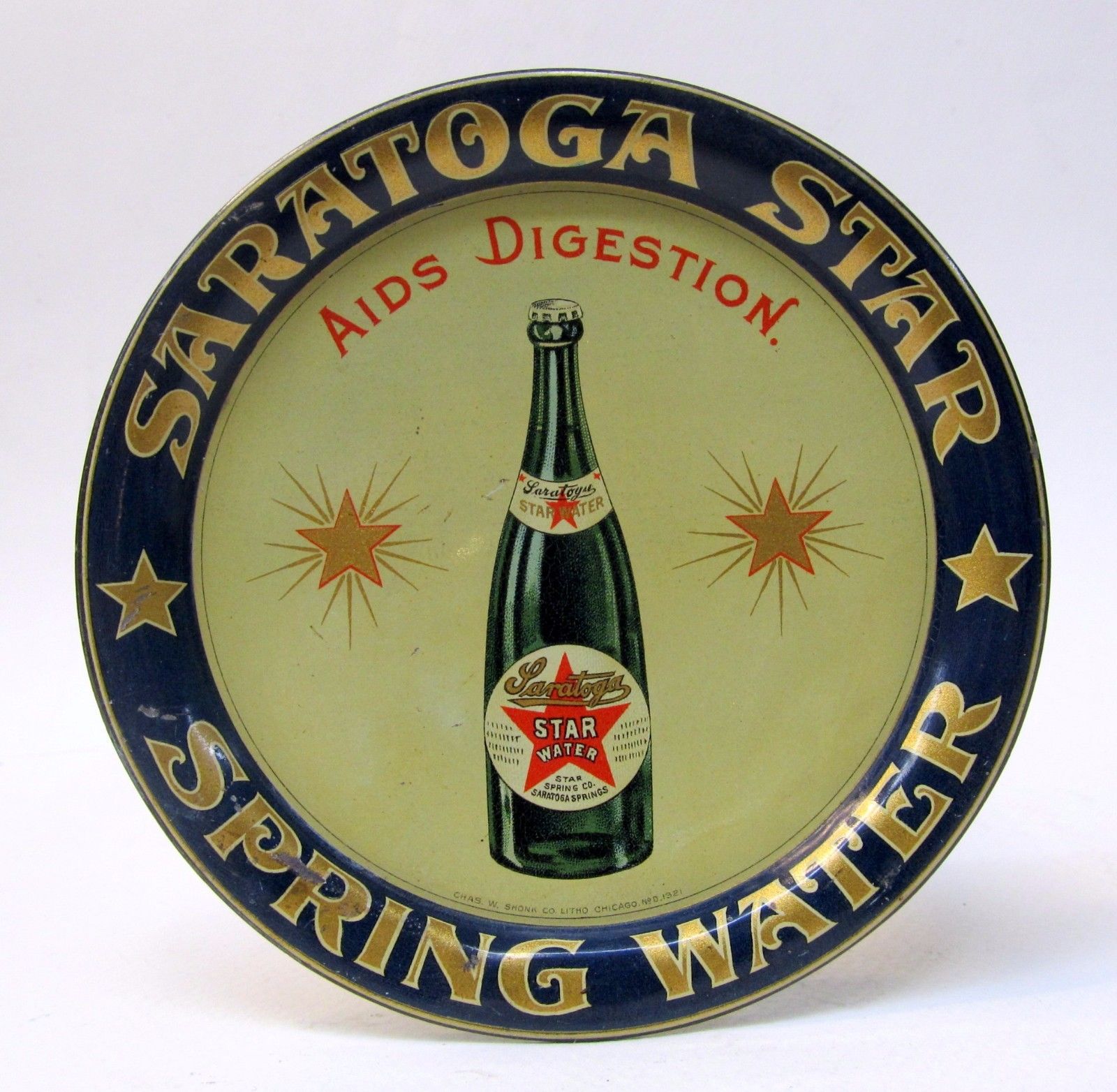 The Saratoga Star Spring Water was sold as an aid to digestion by the Saratoga Water Company in Saratoga, New York.  Circa 1905.  The use of spring waters was often associated with bath houses and resorts which were common in the late 1800’s and early 1900’s where tourists would flock to the sites for their health care concerns, and to cleanse themselves of impurities.

Here is an early framed tin sign for the Modox brand of Nerve Tonic Drinks which were wildly popular in the around the 1900 era.  These drinks claimed to calm nerves, cure indigestion, all sorts of stomach ailments, and so forth.  Modox used an indian or native American image on most of their advertising promotional…

The Morrison Heptol Company used the image of an American cowboy which was a Charles Russell lithograph drawing as their primary logo on many of their advertising items, including the tip tray shown here.   The company also used images of Napolean LaJoie who was one of the best known major league baseball players in the MLB…