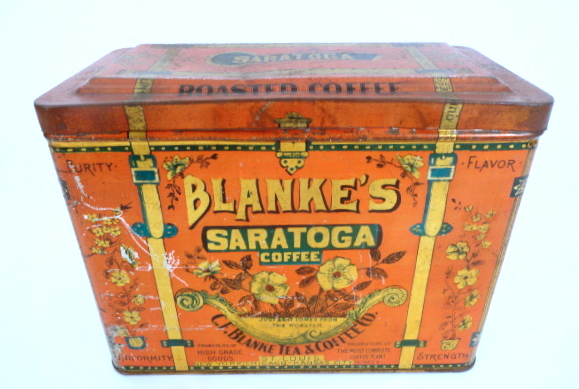 This is a Saratoga Coffee tin made by C. F. Blanke Coffee, Tea & Spice Company based in St. Louis, MO 1905. The company later expanded to Chicago, Dallas, New York City, Minneapolis and Kansas City, Missouri.   The Saratoga Coffee tin is designed to look like a piece of luggage with buckled straps. The C.F. Blanke Company was a main advertiser during the 1904 World’s Fair in St. Louis. The promotional ads during the fair helped propel their coffee business nationwide.