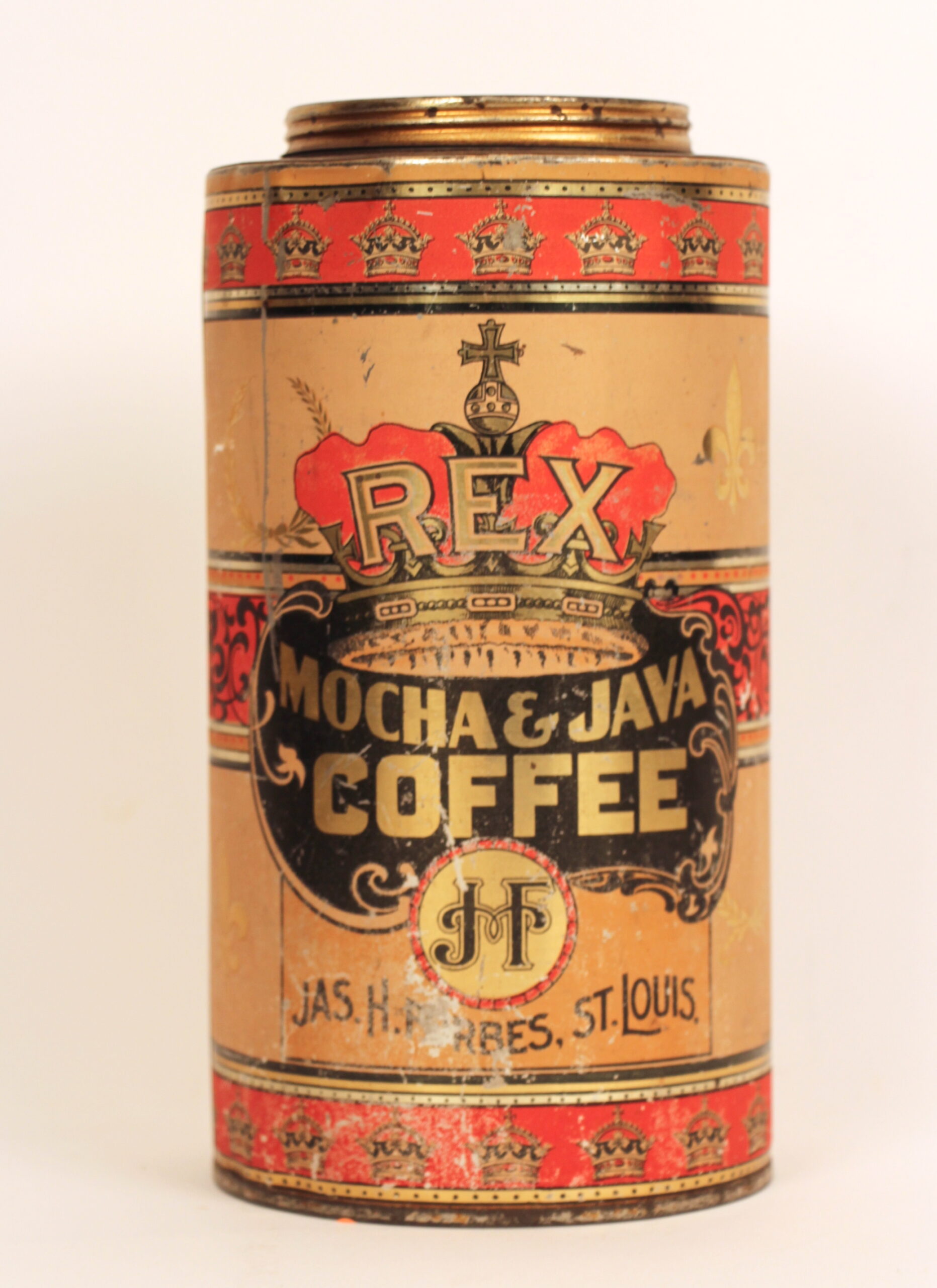 A beautiful 3 pound tin coffee can from the James H. Forbes Coffee & Tea Company in St. Louis, MO for their Rex Mocha Java brand.  Circa 1915.  This can has excellent coloring in it and it is striking on the shelf.  One of the Forbes companies main brands of coffee was their Golden Cup brand.  The James H. Forbes Coffee Company started as the Forbes Coffee Company in St. Louis, MO in 1853.  In 1853 James Forbes bought out the Franklin Tea and Coffee House which opened the same year but failed almost immediately after.  The company moved from the 4th and Broadway vicinity to 112 Locust Street about 1893.   In 1908 they moved again to 908 Clark Avenue and then again to 922 Clark Avenue in downtown St. Louis.   There they remained until 1963 when they were bought by the Woolson Spice Company of Toledo and moved their operations there while their building was torn down for the expansion of the poplar street bridge ramps and the new Busch Stadium development.   Interestingly, the company discontinued their retail business as early as 1890 and concentrated on the wholesale side of selling coffee and tea.   Later that year they added a spice division which was also sold at wholesale levels only.  They did sell some peanuts as a side business to the St. Louis Cardinals and Browns baseball teams at the old Sportsman’s Park.