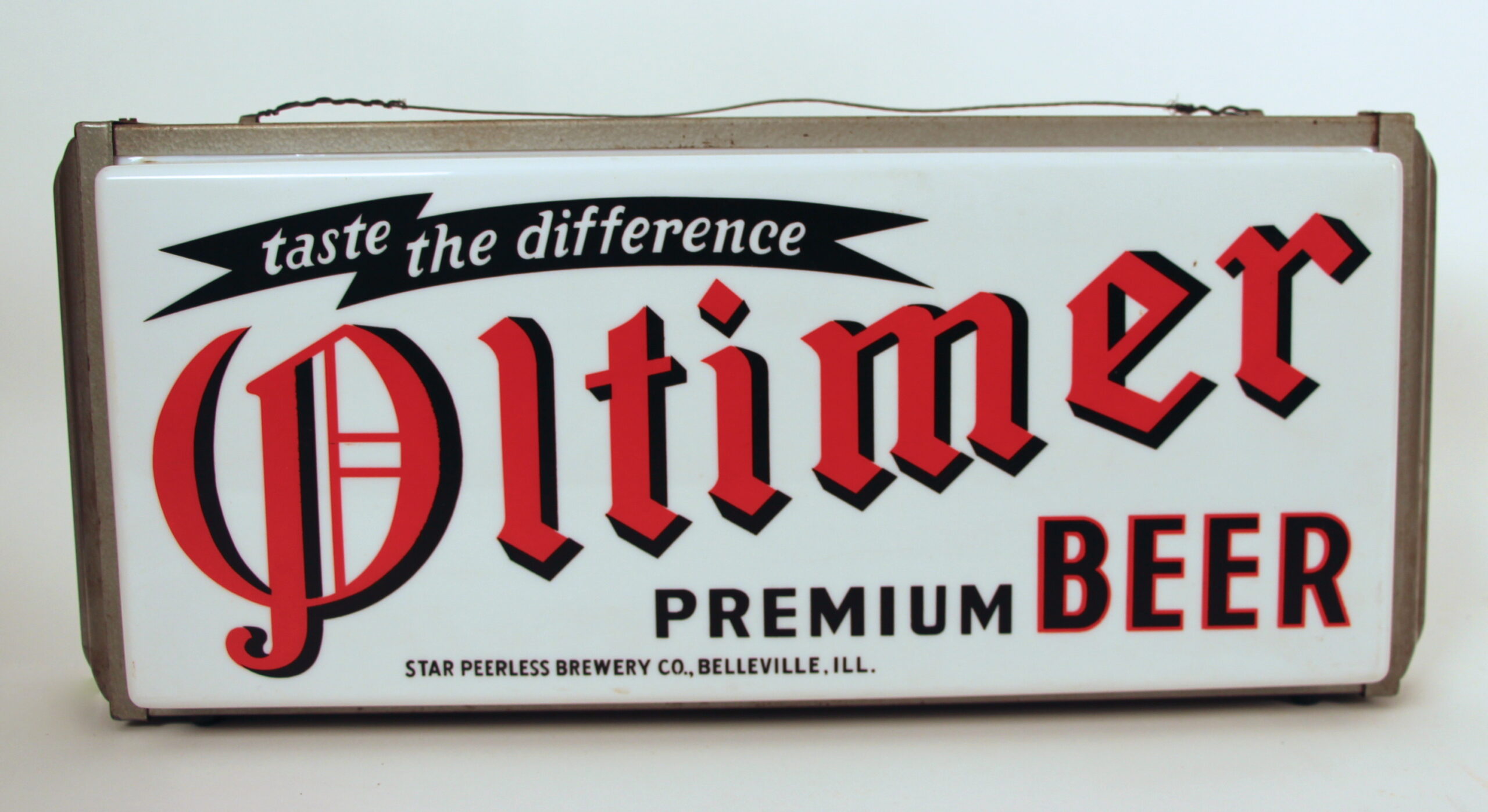 This is a unique lighted sign from the Star Peerless Brewery in Belleville, Illinois advertising their flagship Oltimer brand of premium beer.   Circa 1940’s. The slogan “Taste The Difference” was used commonly by this brand in their advertisement pieces.   The Star Peerless brewery later was bought out by Carling and became the Stag Brewery in this town.   Lighted signs were hung inside of taverns and were very popular before neon signs became more commonplace.