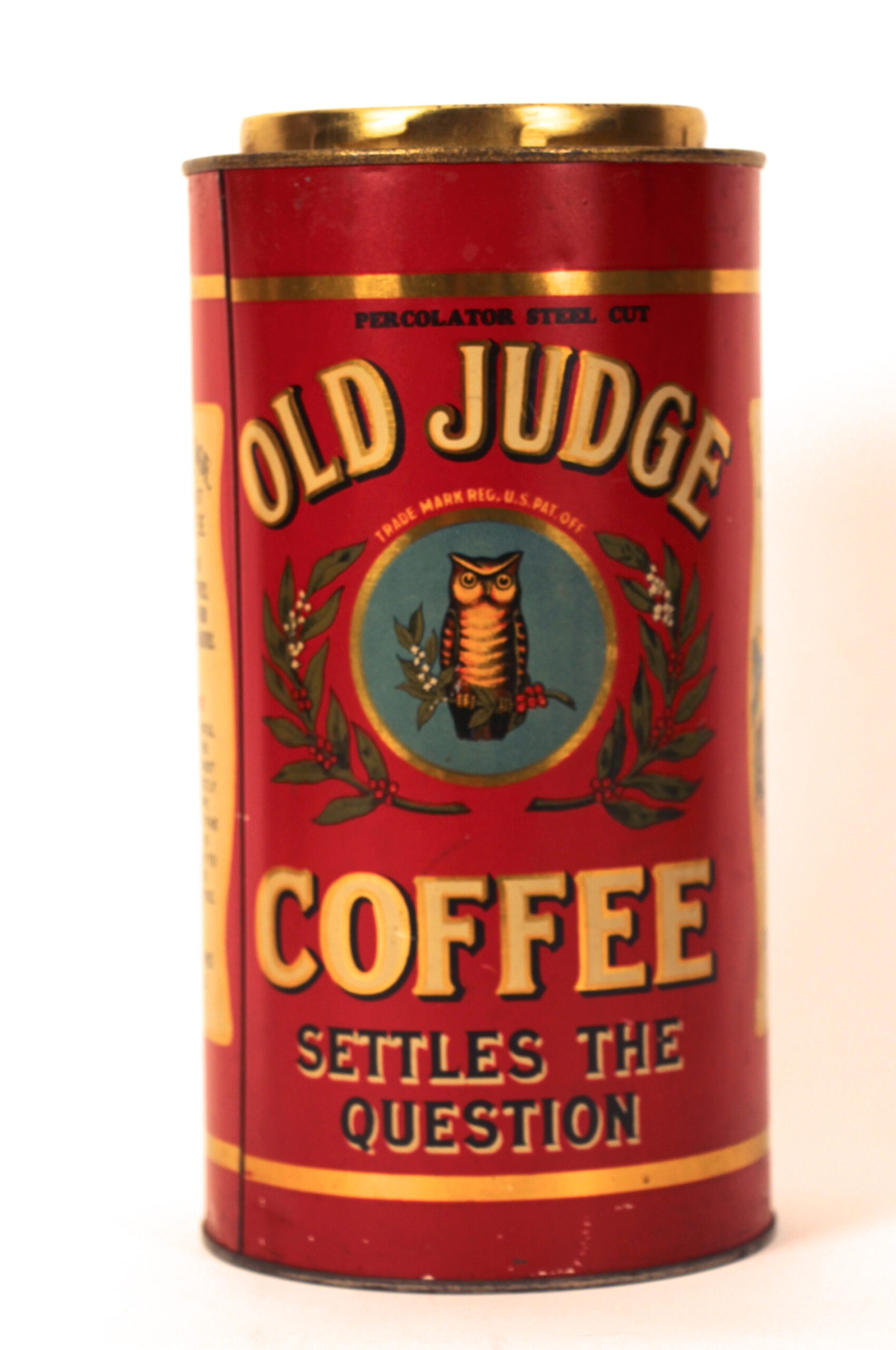 This is a nice Old Judge Coffee three pound coffee can, manufactured by The David G. Evans Coffee Company in St Louis, MO.   Circa 1930.  Initially the Old Judge Brand was the largest selling brand which was manufactured in the St. Louis marketplace sold locally.

Later the Old Judge Coffee brand became one of the biggest sellers in the United States.  This success helped ensure St. Louis kept the title as the largest coffee manufacturing city in the United States for many years.  The Old Judge Coffee brand produced a variety of advertising with the Owl Brand logo.  The Owl logo originated from the Meyer Coffee and Spice Company, which was also based in St. Louis.  Their “Wide Awake” Brand had an owl image which was subsequently used by the David G. Evans Company when they bought out the Meyer Coffee and Spice Company.