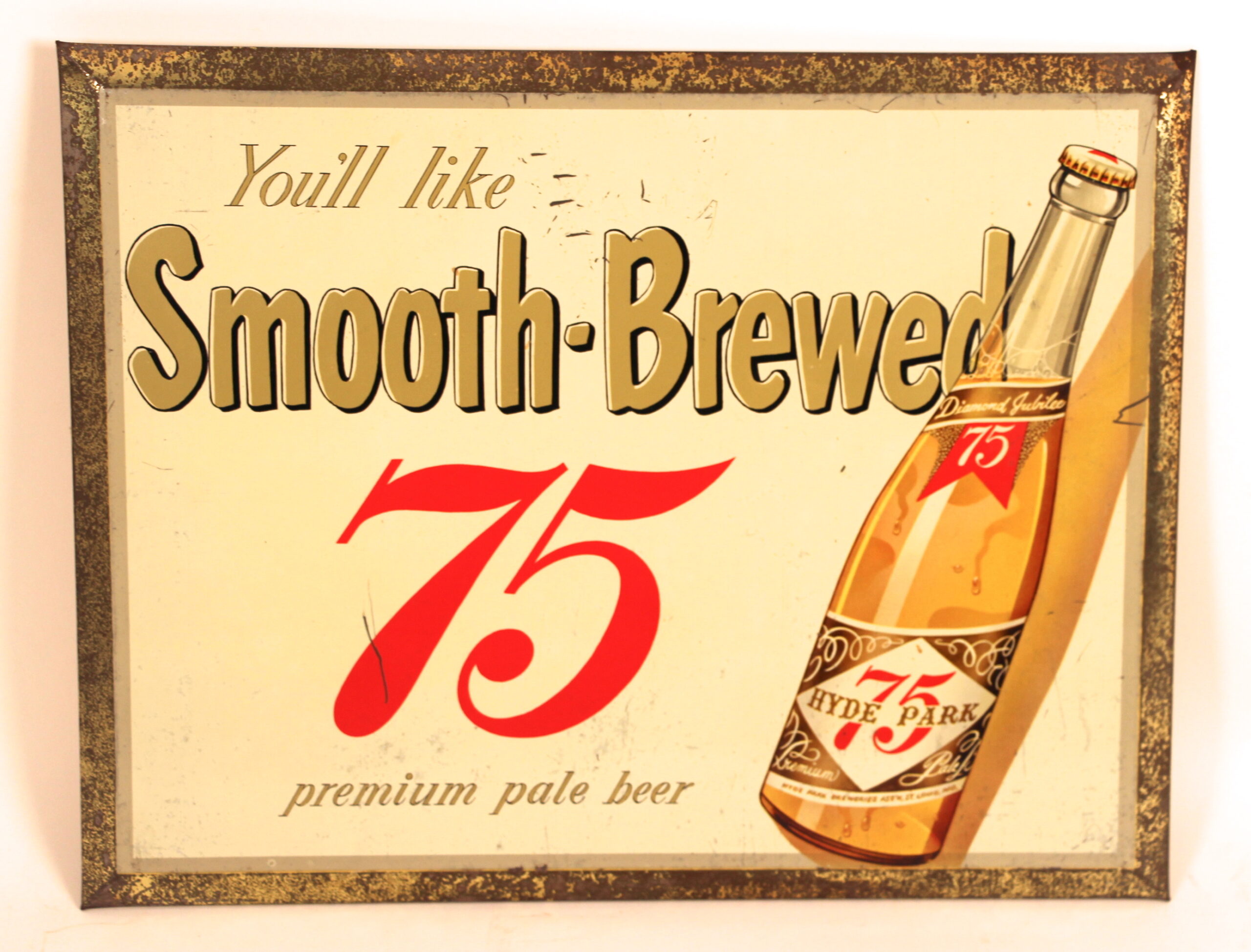 Rare Hyde Park 75 brand beer tin over cardboard advertising sign from the early 1950’s for this short lived brand out of St. Louis, MO.  The 75 brand was introduced to commemorate the breweries 75 years in business and was targeted with female drinkers, but the brand was never a huge hit as the Griesedieck Brothers brand had already targeted and retained much of the female beer drinkers.

This brewery was based in the Baden area of North St. Louis and they owned many local taverns in the northern part of the city where the competition was not as great as it was with the majority of the brewers being based in the southern part of the city.    The Hyde Park beer brand was a major player in the early 1900s prior to prohibition and again after prohibition for many years.  In the 1940’s they hit their zenith of sales and immediately started to lose market share to Anheuser-Busch and Griesedieck Bros breweries.    Unfortunately the 75 brand was not a huge hit, and the brewery was sold.    Shortly after the buyout, the Hyde Park brand was eliminated once and for all.