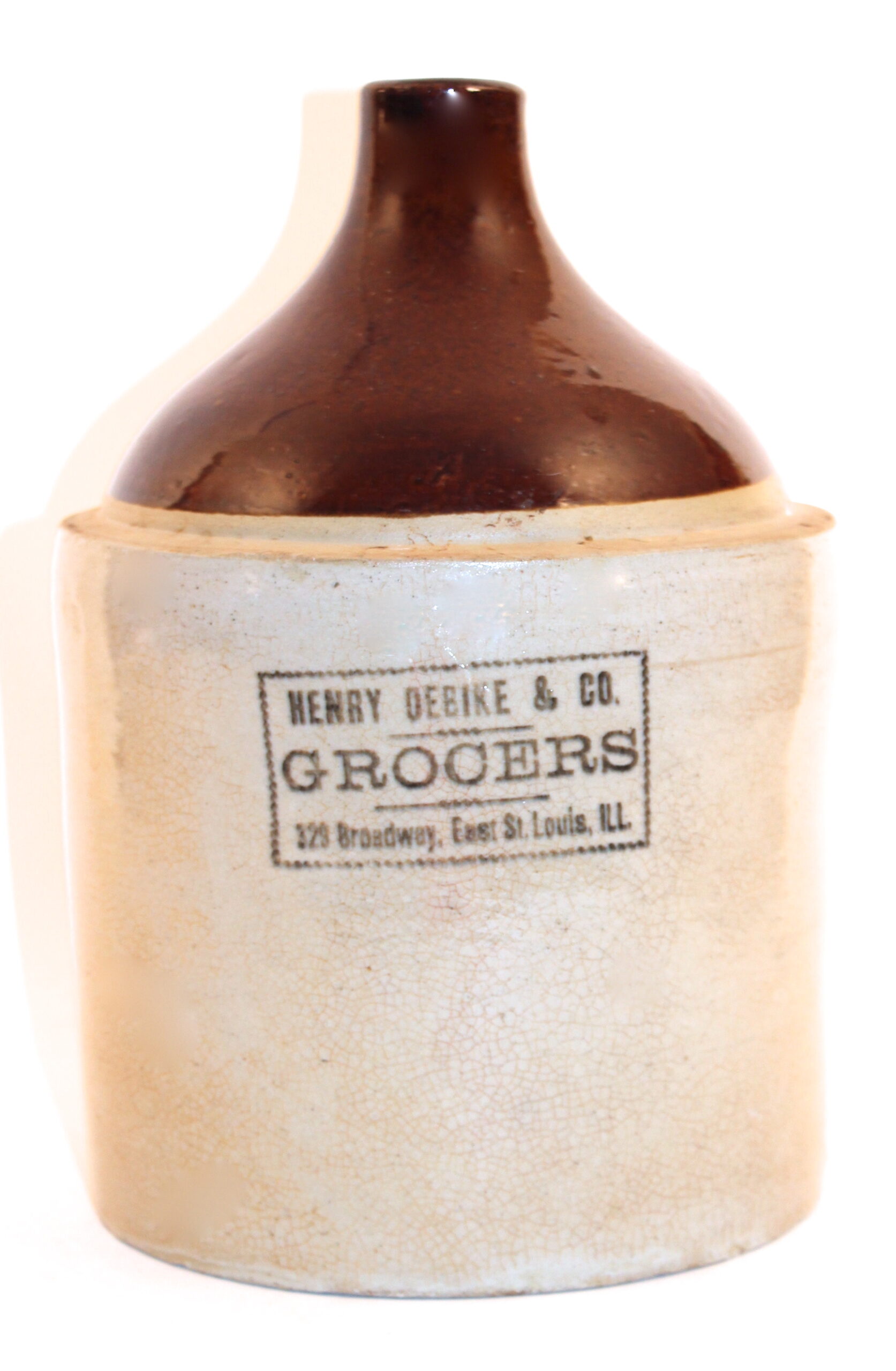 This is an extremely rare stoneware advertising jug from Henry Oebike Grocer Company in E. Saint Louis, Illinois.  Circa 1880’s.  Mr. Oebike was in business as one of the leading merchants in East Saint Louis from the late 1800’s until the early 1900’s.  Mr. Obeike was located at 328 Broadway as is referenced on his jug.   This would have most likely held Whiskey in it, but possible vinegar since he was a wholesaler.  Only one other Oebike jug is known to exist, which is a half gallon smaller jug unlike this two gallon style.   One can only imagine a one gallon version was made also but one has not surfaced yet.  East St. Louis is right across the river from St. Louis, MO.