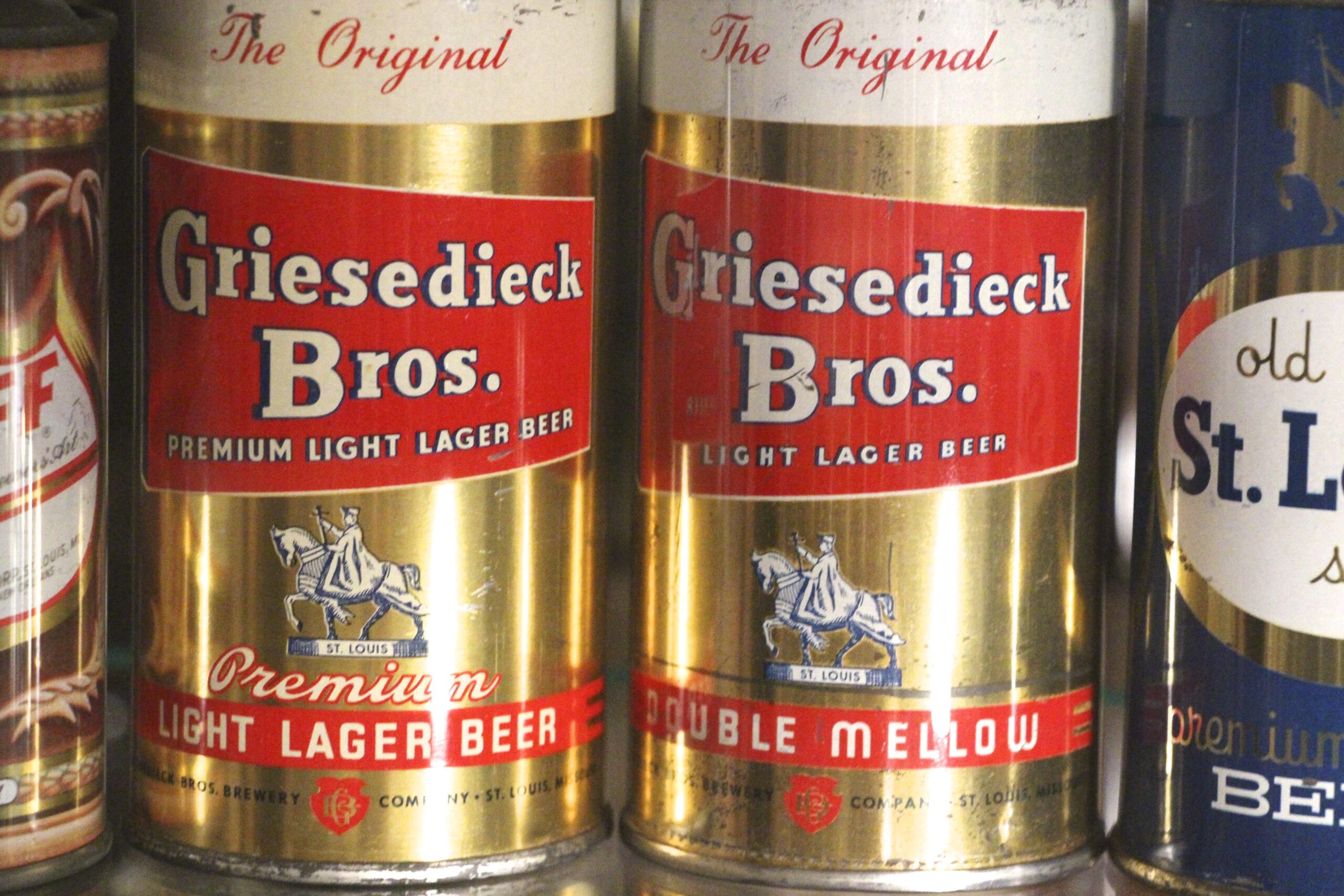 Circa 1950 Griesedieck Brothers Brewery, Flat Top Beer Cans, St. Louis, MO. These two beer cans are from the late 1940s and early 1950s and represent their standard can for many years.  However, the Double Mellow Can featured here is very rare and commands a lot of money in good condition.   In addition, circa 1955 the Griesedieck Brothers brewery put out a series of multi-colored beer cans during the time period from 1953-1955 which are highly desirable.   These flat top beer cans feature a champagne glass theme during one year and the shield during the other two.  The shield cans utilized block lettering during 1954 and cursive lettering in 1955.  There is one GB crowntainer can also which was produced but no traditional cone top style beer cans. The Griesedieck family was involved in multiple breweries in St Louis and in Belleville and East St. Louis, Illinois