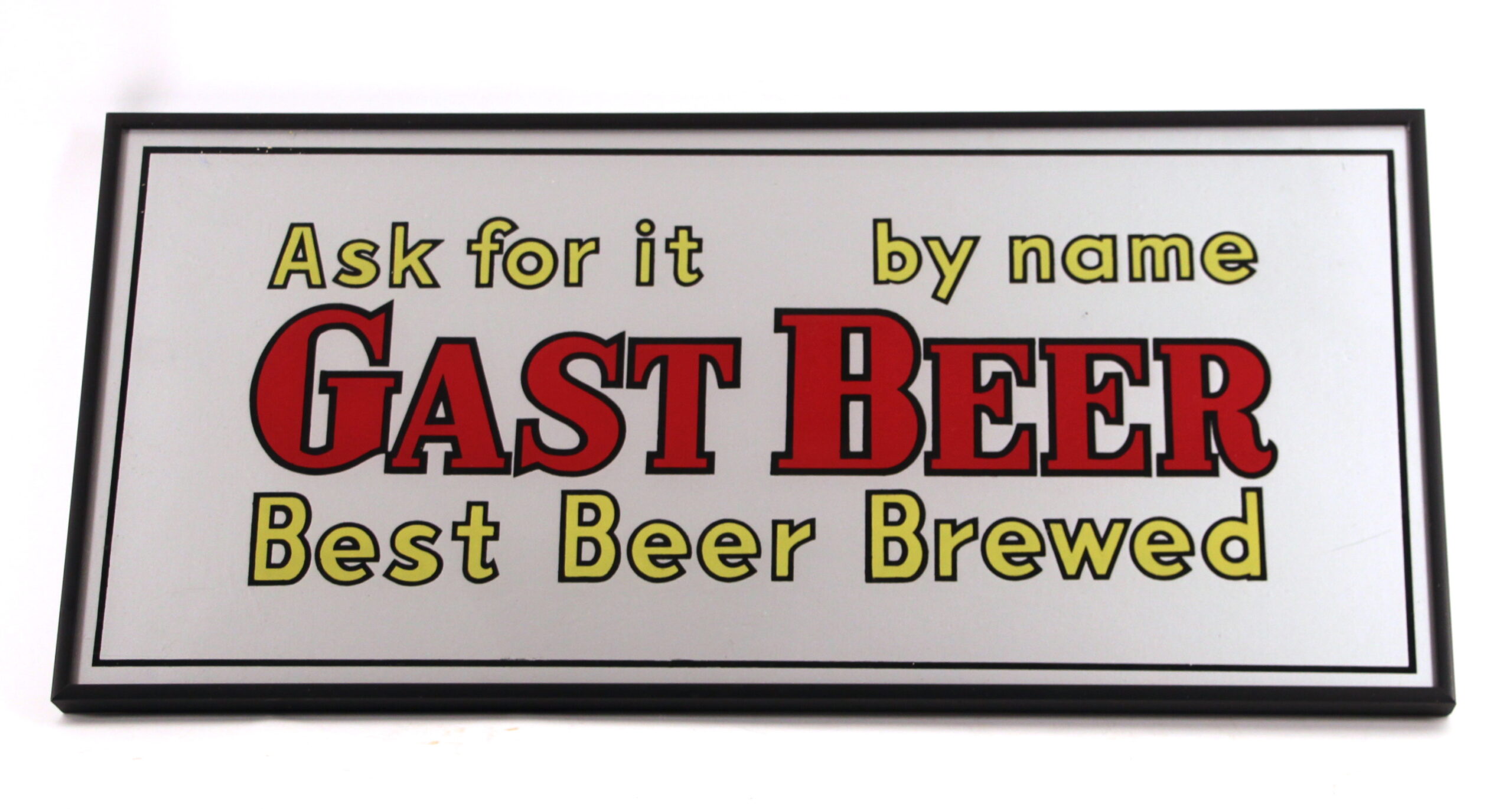 This is an interesting advertising sign from the Gast Brewery, Circa 1930’s.  The Gast Brewery was located in St Louis, MO before and after prohibition.  The Gast Beer sign reads, “Ask for it by Name. Best Beer Brewed”.   In the late 1930’s, The St. Louis Gast Brewery also manufactured beer in breweries in Highland and Trenton, Illinois.  The Gast family was also involved in wine production.  Their winery was located in the Baden area of North St. Louis before Prohibition at 919 N. 6th Street.   The Gast Wine & Company was in business from 1884-1899 and produced wines and champagne.