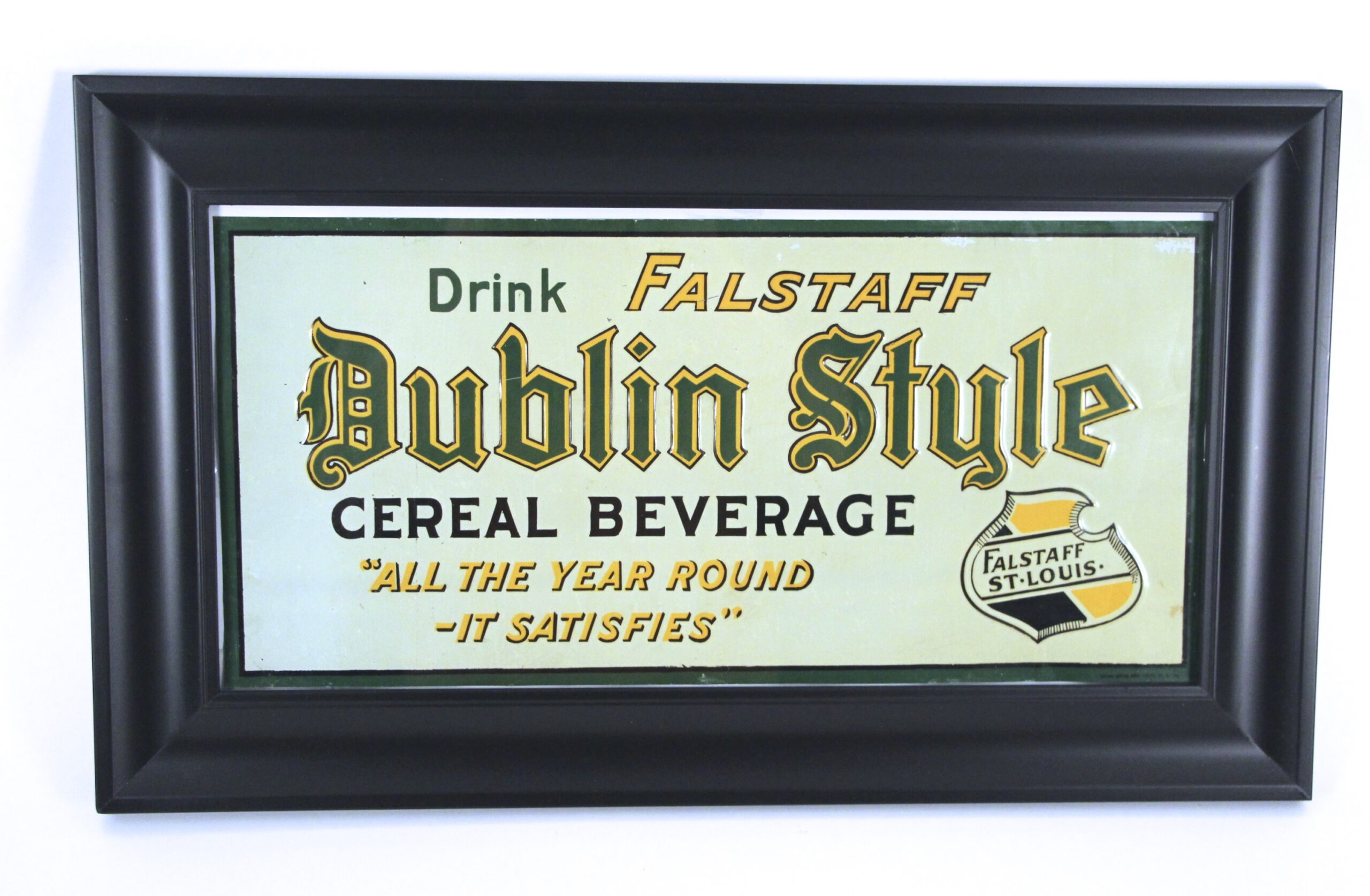 This is a great prohibition era tin sign from the Falstaff Brewing Company in St. Louis, MO.   Cereal  beverages were replacement for beer when prohibition started, but were very weak sellers, probably because they did not taste good.  Many people started making their own home brew, and Anheuser Busch sold Malt Nutrine, which allowed their then President, August Busch II to proclaim AB was “the largest producer of beer” even during prohibition since many used their products to make their own beer.   The Falstaff shield in this design emulates the old Falstaff shield from the former Lemp Brewing Company which sold Falstaff before prohibition.   Note the use of St. Louis in the shield.  This was short term since shortly after prohibition ended Falstaff started branching out to many cities, and eventually was made from coast to coast in the U.S.