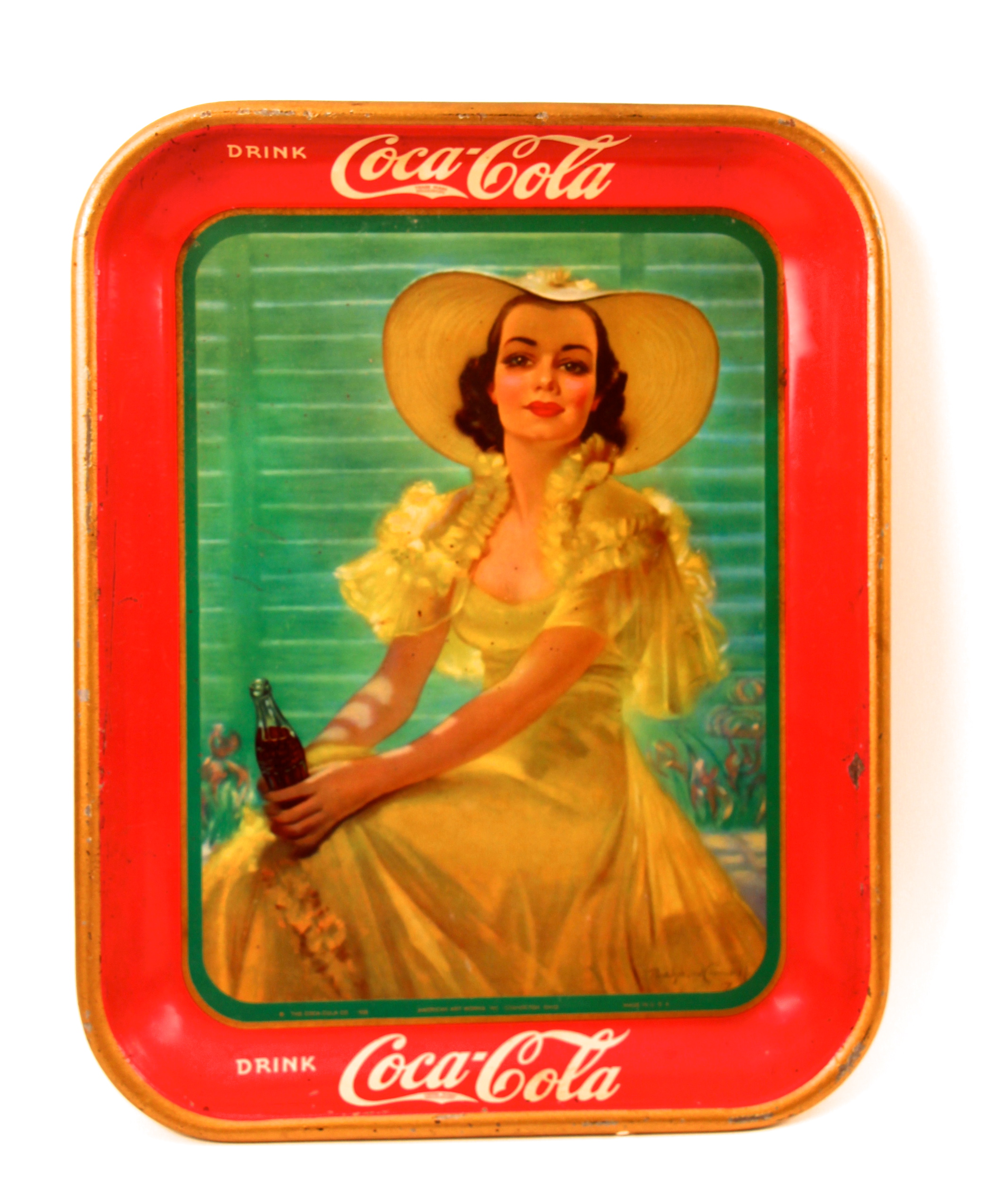 This Coca-Cola soda tray is known as the “Girl at Shade” version produced in 1938.  This tray portrays artwork from the famous illustrator Bradshaw Crandell. The signature of Crandell is on the bottom right edge of the illustration and he was known as the “artist of the stars”.  The tray shows Crandell’s  artwork of a girl in a yellow dress and wide brim straw hat. She is holding a bottle of Coca-Cola sitting near a window shade. This tray version features the message “Drink Coca-Cola” one of the well-known Coca-Cola slogans. The markings on the lower part of the image are: The Coca-Cola Co., American Art Works Inc. Coshocton, Ohio and Made in USA.  The words “Trade Mark Reg. US Pat Off” appear in the tail of the “C” in Coca, for the Coca-Cola trademark. The Girl at Shade tray was produced in two other versions for the Canadian market in English and French.