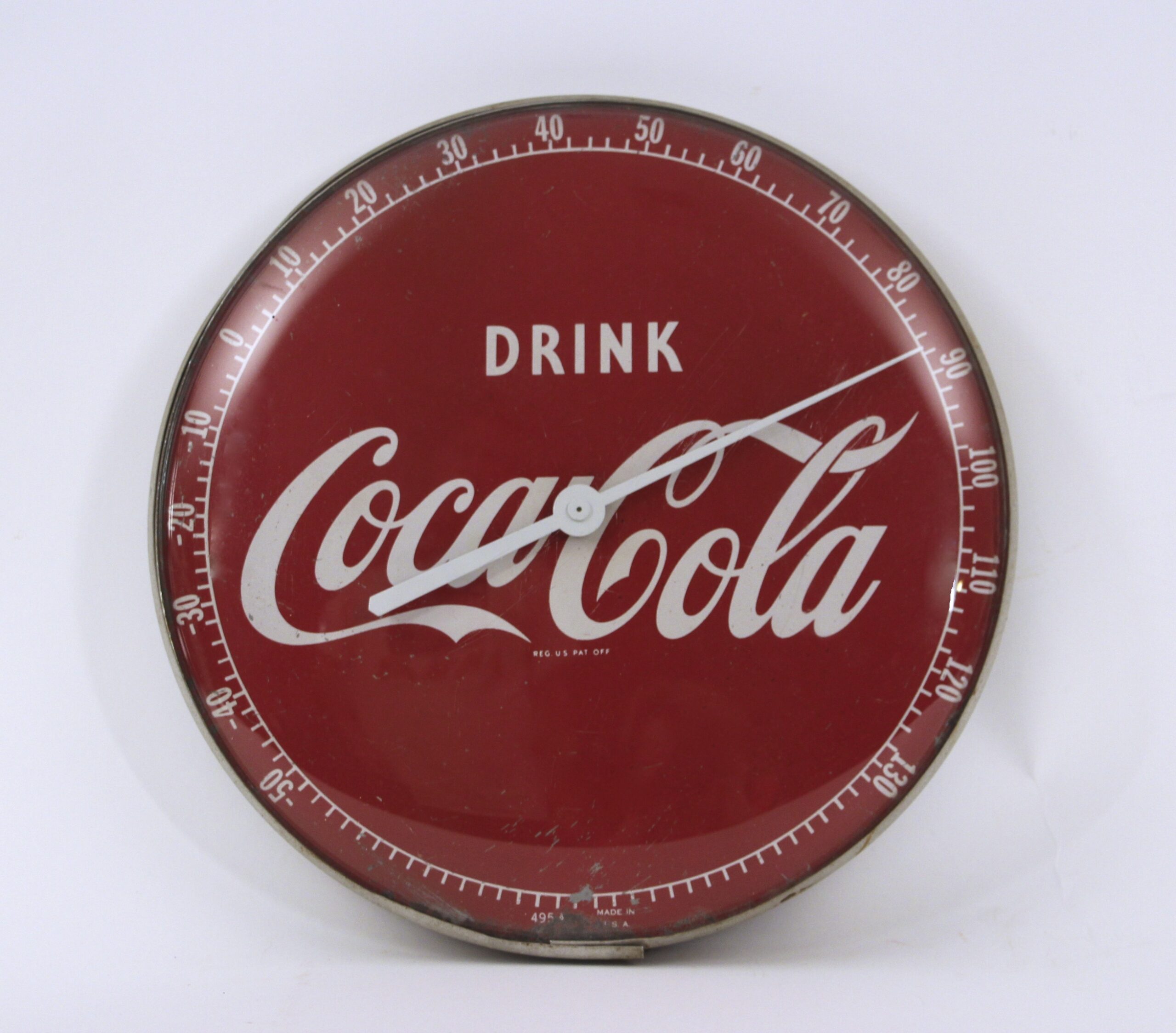 This is a very nice version of the “Drink” Coca-Cola brand thermometer with a curved glass front in a metal frame.   Circa late 1950’s.  The Coca-Cola thermometer comes in two styles similar to this one.  The earlier version says “Drink”, while the later version from the 1960’s says “Enjoy”.    Both are identical with the exception of the one word near the top of the thermometer.   Coca-Cola brand advertising is amongst the most sought after advertising collectible today.   Because of that, some items have been reproduced so it takes a keen eye to know if the buyer is looking at an original or not.    This is important as the value of an original item vs. a reproduced item varies substantially.