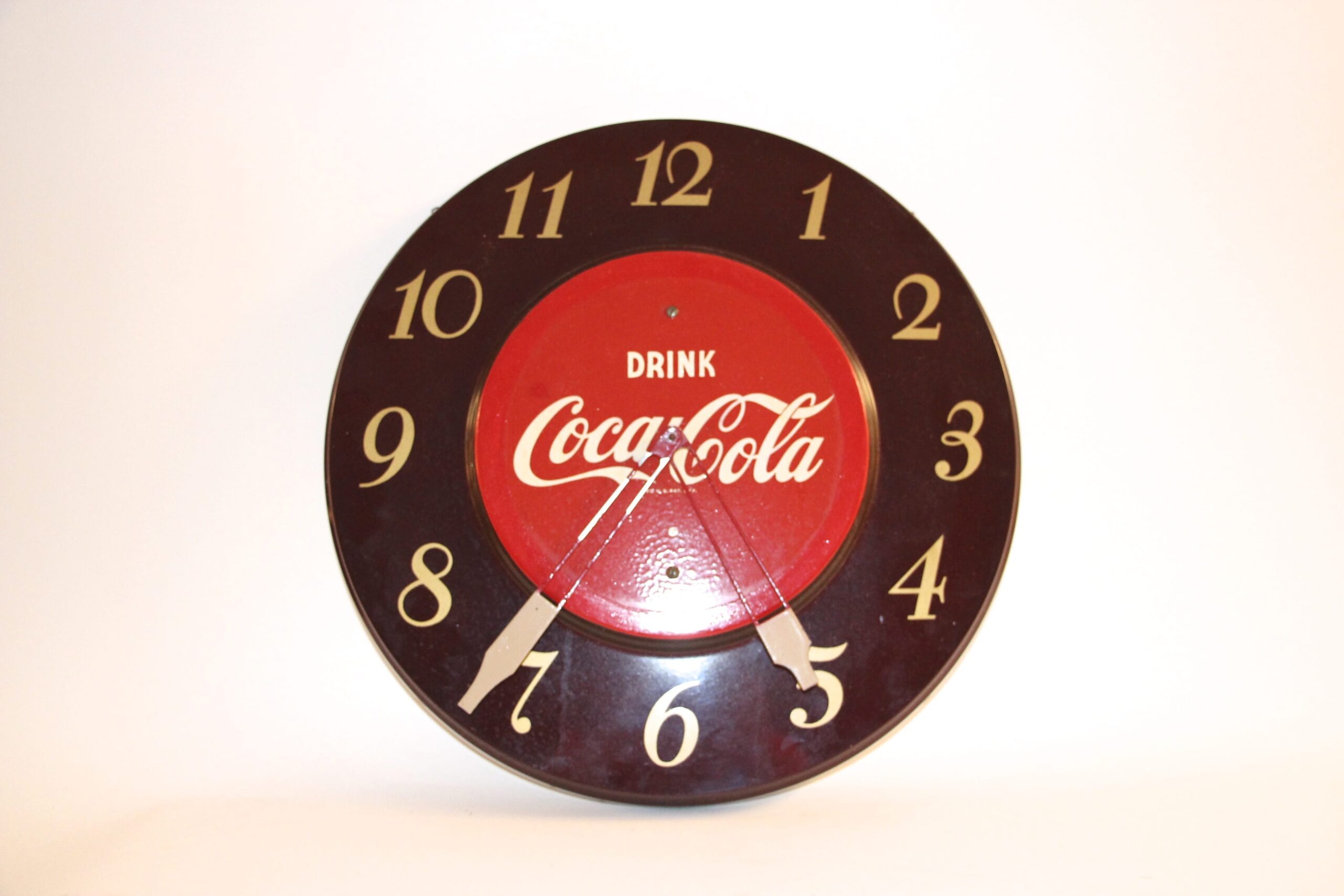 This is a metal advertising clock from Coca-Cola, Circa 1940s. This clock is not considered rare but certainly commands a visual respect with its contrasting red colors.

Coca-Cola originated in 1886 when a pharmacist Dr. John S. Pemberton, from Atlanta, Georgia developed a unique beverage formula. It was originally considered a medicinal tonic that he called “French Wine of Coca”.  He did not add alcohol like other elixirs at that time had, instead he created a dark brown syrupy drink.   He took his drink to Jacob’s Pharmacy which was a successful business for that time. He persuaded the owner to offer this new tasting soft drink.  Early on he also added soda water to the syrup blend.  The beverage became very popular and was a hit at soda fountains.  Dr. Pemberton’s accountant, Frank M. Robinson, is credited with naming the beverage “Coca‑Cola” and designed the fancy script trademark that is still known today. The name was not a registered trademark until 1893.