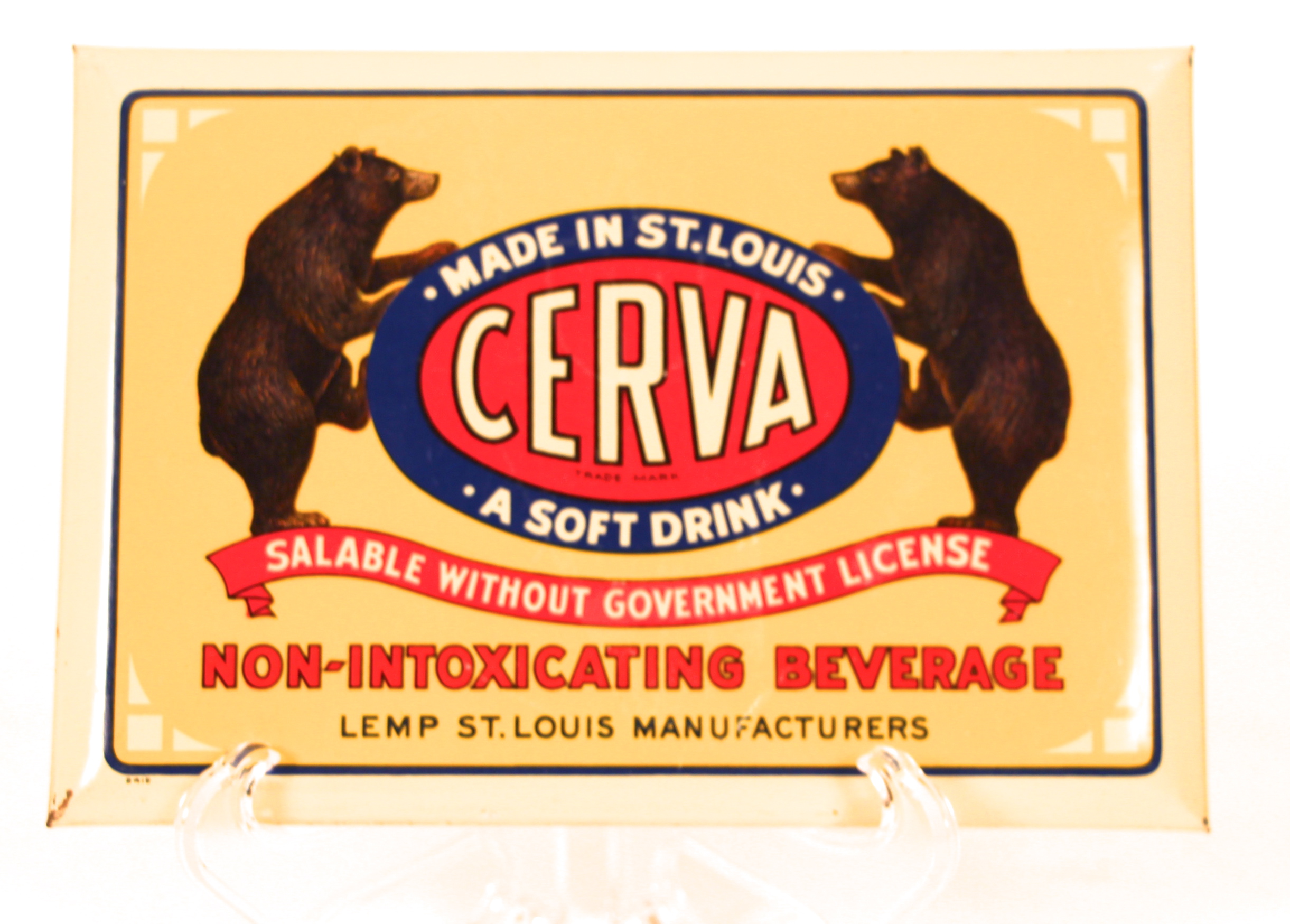 This is a colorful Cerva Soft Drink Tin over Cardboard sign from the Lemp Brewery in St. Louis, MO.  Cerva was produced during prohibition to help keep the brewery afloat since they were legally banned from brewing beer starting in 1920.   The Cerva brand always featured two bears in their advertising and the bright yellow and red colors were the brands trademark look.  Unfortunately, the Cerva soft drink formulation did not survive for more than a few years since the sales declined.  So the brewery property remained idle for a few years just before prohibition was repealed.  Upon repeal, the brewery was never able to regain a foothold to start back up. Therefore, the property was sold in the 1930’s to the International Shoe Company. Both the Cerva and the Lemp beer brands became a part of the companies long forgotten history.