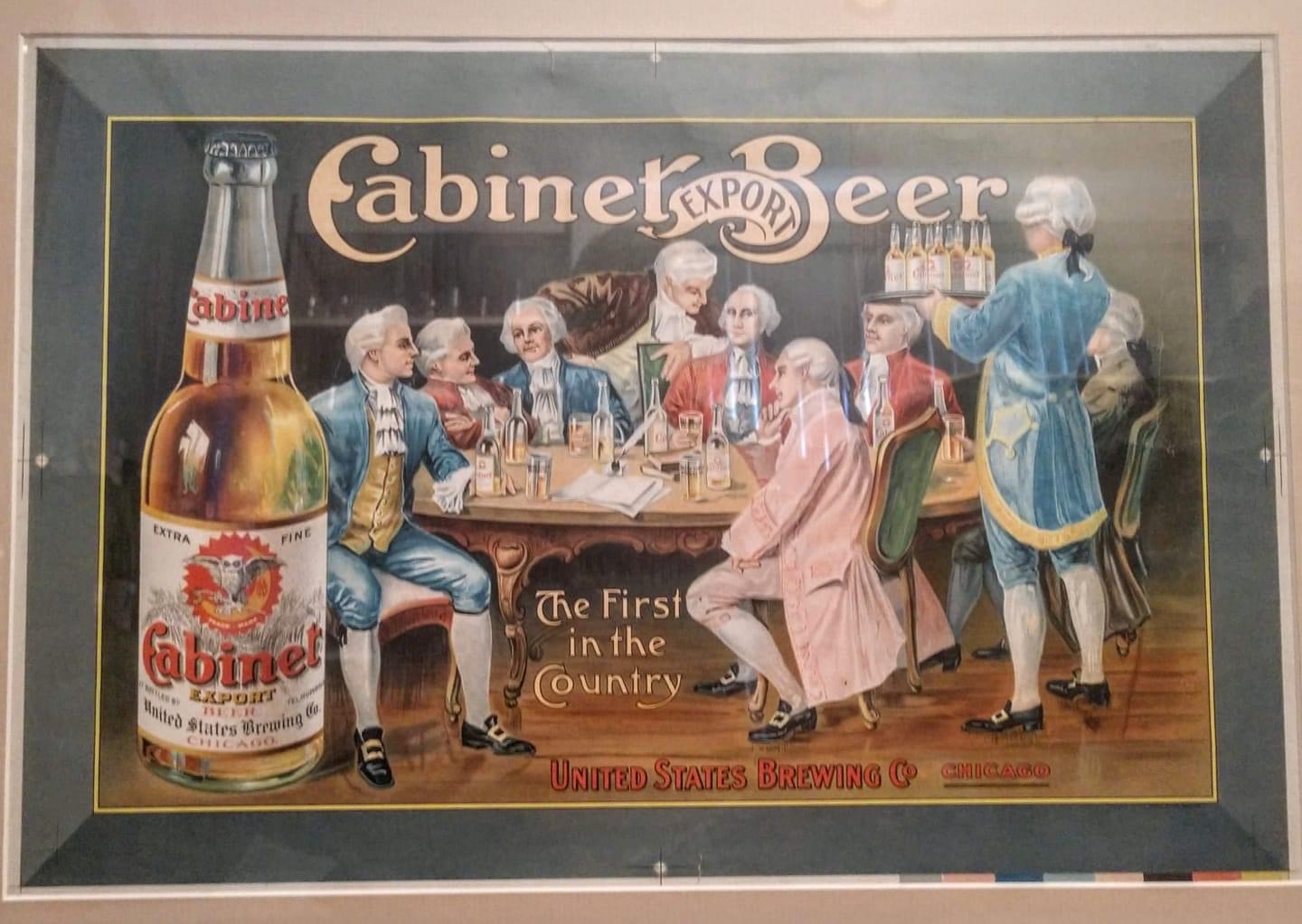 Featured is a beautiful lithograph print from the United States Brewing Company which was in Chicago, Illinois during the early 1900’s prior to the start of prohibition. This particular scene shows the earliest leaders of the U.S. including President George Washington enjoying Cabinet beer, a brand brewed by many brewers in the early 1900’s. Cabinet was a style of beer in the Pre-Pro era. The United States Brewing Company was put out of business with the start of prohibition like so many brewers of the era, but they left some great advertising pieces for collectors to enjoy your years to come.