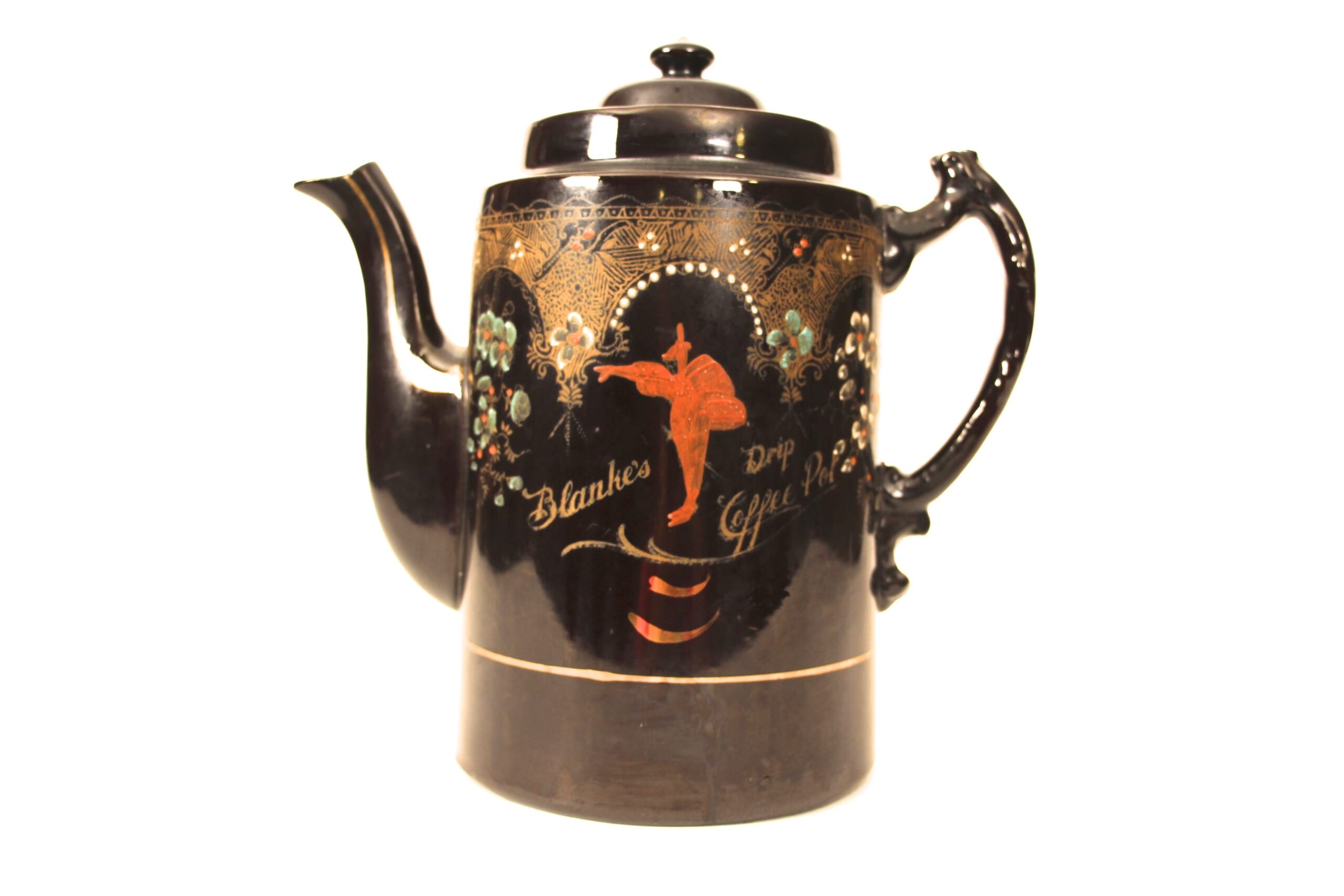 This C. F. Blanke coffee pot is ceramic and was produced in 1904.  C.F. Blanke Coffee and Spice Co.manufactured the Faust Brand and it was originally a local brand based in Saint Louis, MO.  Eventually, the brand was developed in many markets throughout the mid-United States.  While some of the Faust Brand coffee pots are commonly found this particular one is considered very rare. It was most likely introduced at the 1904 World’s Fair in St. Louis. because the brand sponsored an Asian garden at this worldwide event.