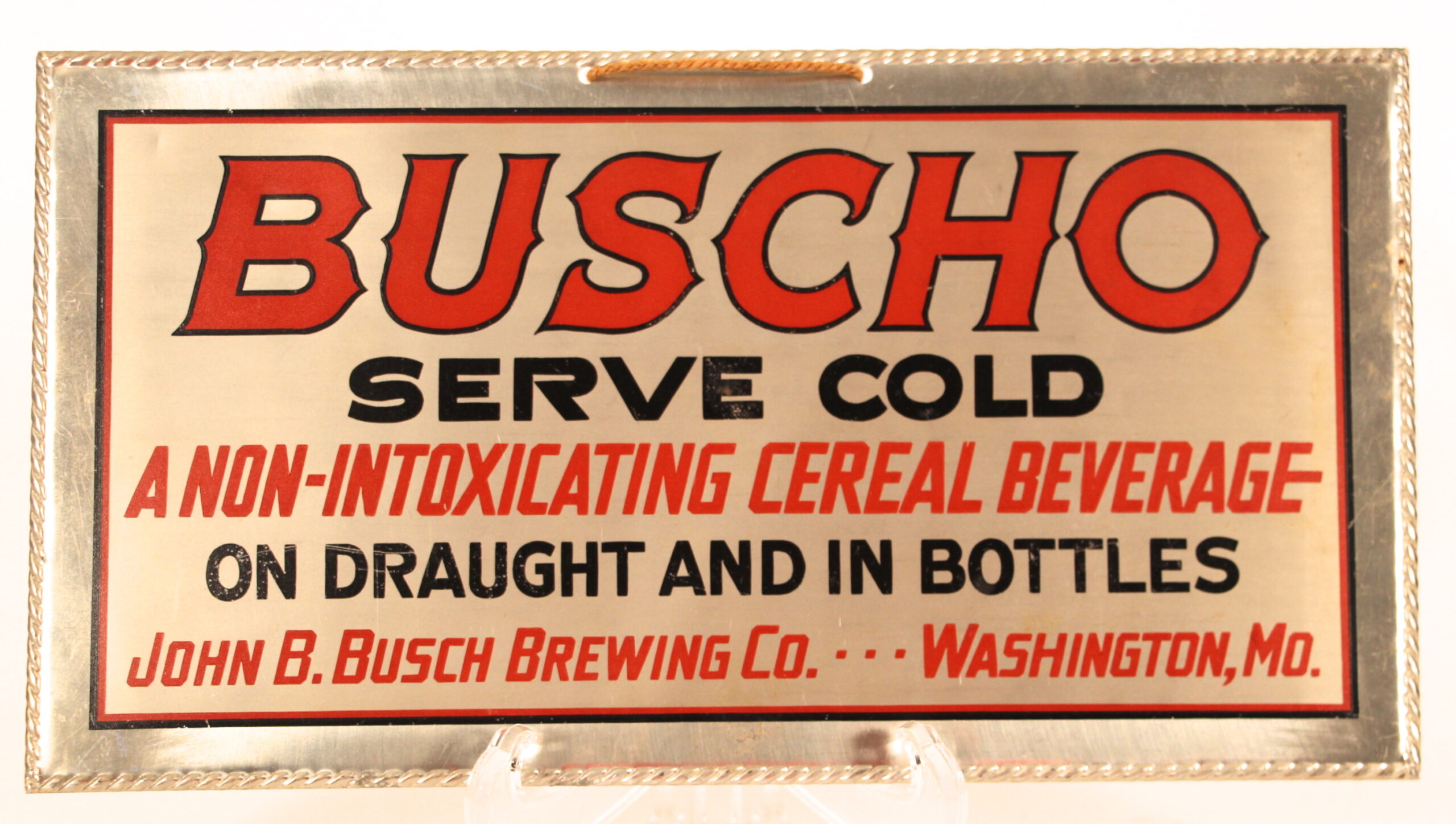 This sign is made of a brushed aluminum type of metal, and is pretty uncommon in the era of signs in which this was produced.  The John B. Busch Brewing Company was owned by a cousin of the more famous Anheuser-Busch Brewery in St. Louis.    Washington, MO is approximately 75 miles to the west of the city of St. Louis.