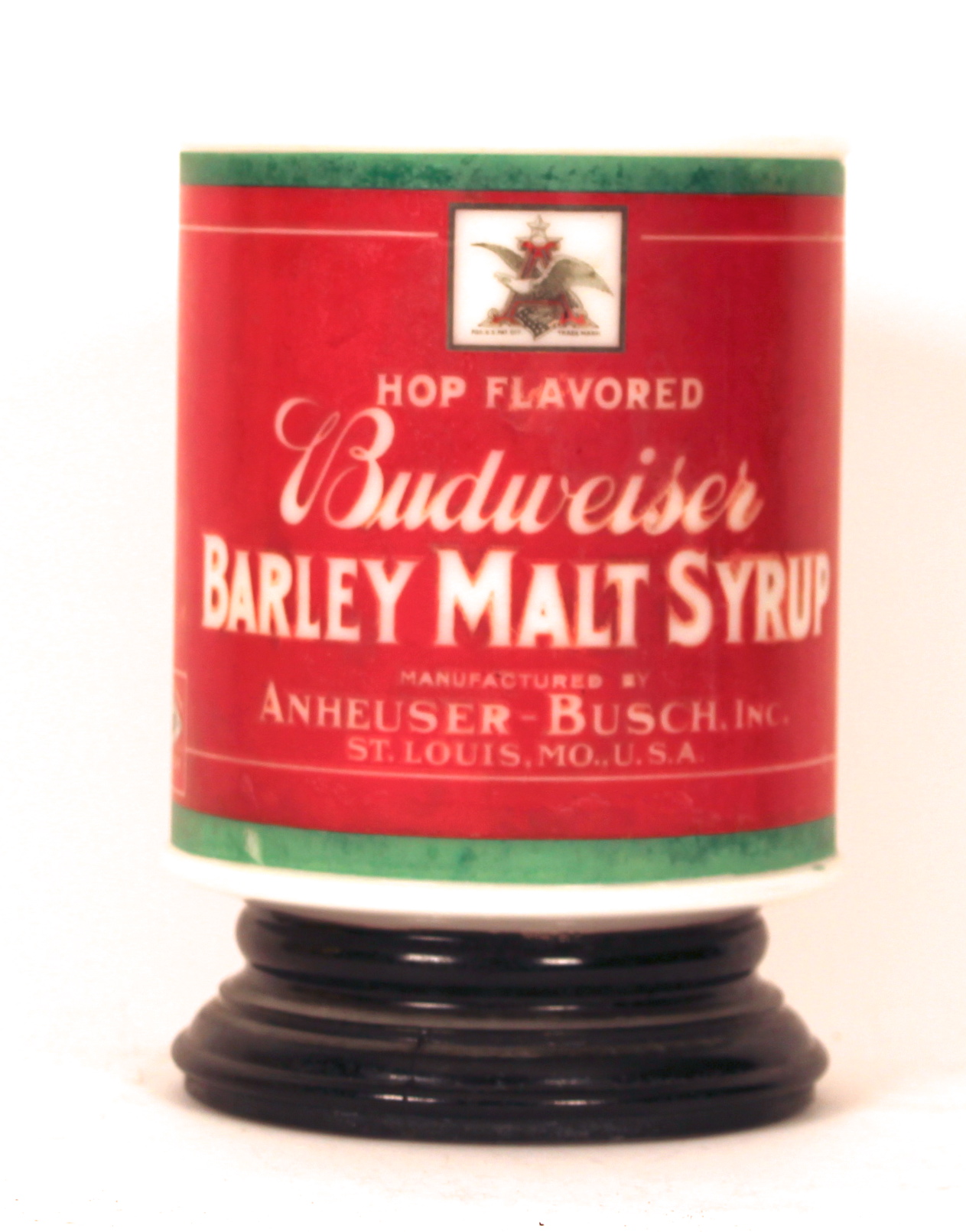 This is a reverse-on-glass Budweiser Barley Malt Syrup globe from Anheuser-Busch based in St. Louis, MO. 1920.   Anheuser-Busch’s Barley Malt Syrup brand was created at the start of prohibition as an alternative product to selling beer. The Barley Malt Syrup was advertised as an essential ingredient for bread and cookies.  However, bakers very quickly realized the product could be mixed with Budweiser Yeast and help home brewers make their own beer.   Since beer was banned during prohibition, the product sold extremely well and the owners of AB understood how the product was being used. August Anheuser “Gussie” Busch, Jr  proclaimed Anheuser-Busch as being the “biggest bootlegging supply house in the U.S.” due to the success of the Malt Syrup product.  Malt Syrup sales helped keep the brewery afloat while so many other breweries were not able to remain in business during prohibition.