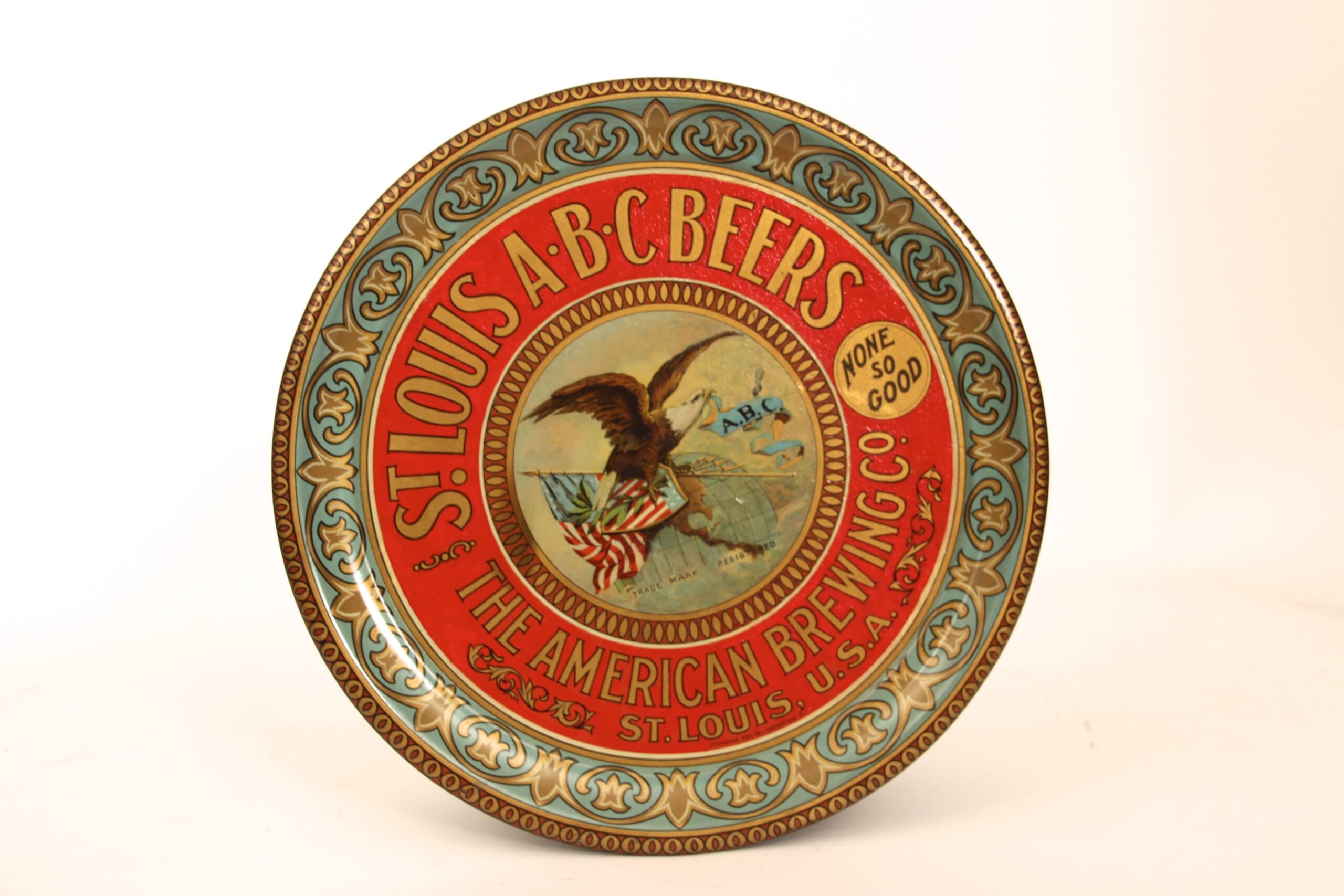 This is a tin beer serving tray manufactured by the American Brewing Company based in St. Louis, Mo Circa 1905. The tin tray features the company’s flagship A.B.C. beer brand. This piece is often referred to as a “bullet design” because it looks like a bullseye target in the center. The tray was manufactured by Chas. Shonk Company from Chicago. A.B.C. Beer often used their advertising slogan “King Of All Bottled Beers” to describe its Bohemian beer brand.

The American Brewing Co. was marketed extensively around the world in the United States, Mexico, South America, Japan, Philippines, Egypt, and Cuba. Their beer advertising was worldwide and extended to point of purchase displays, signs, serving trays, steins, clocks, magazine ads, trade cards and postcards. The A.B.C. company publicized in its advertising how they exported beer globally.

Another A.B.C. beer serving tray was the  “Temple of Commerce” oval tin tray that featured a goddess holding a scroll, stating, “A.B.C. Beer famous in the world of commerce.” It notes St. Louis U.S.A. on the bottom for its manufacturing location. The rim of the tray showcases drawings from some of the different areas A.B.C. sold its beer: Japan, Philippines, Egypt, Alaska and New York City.