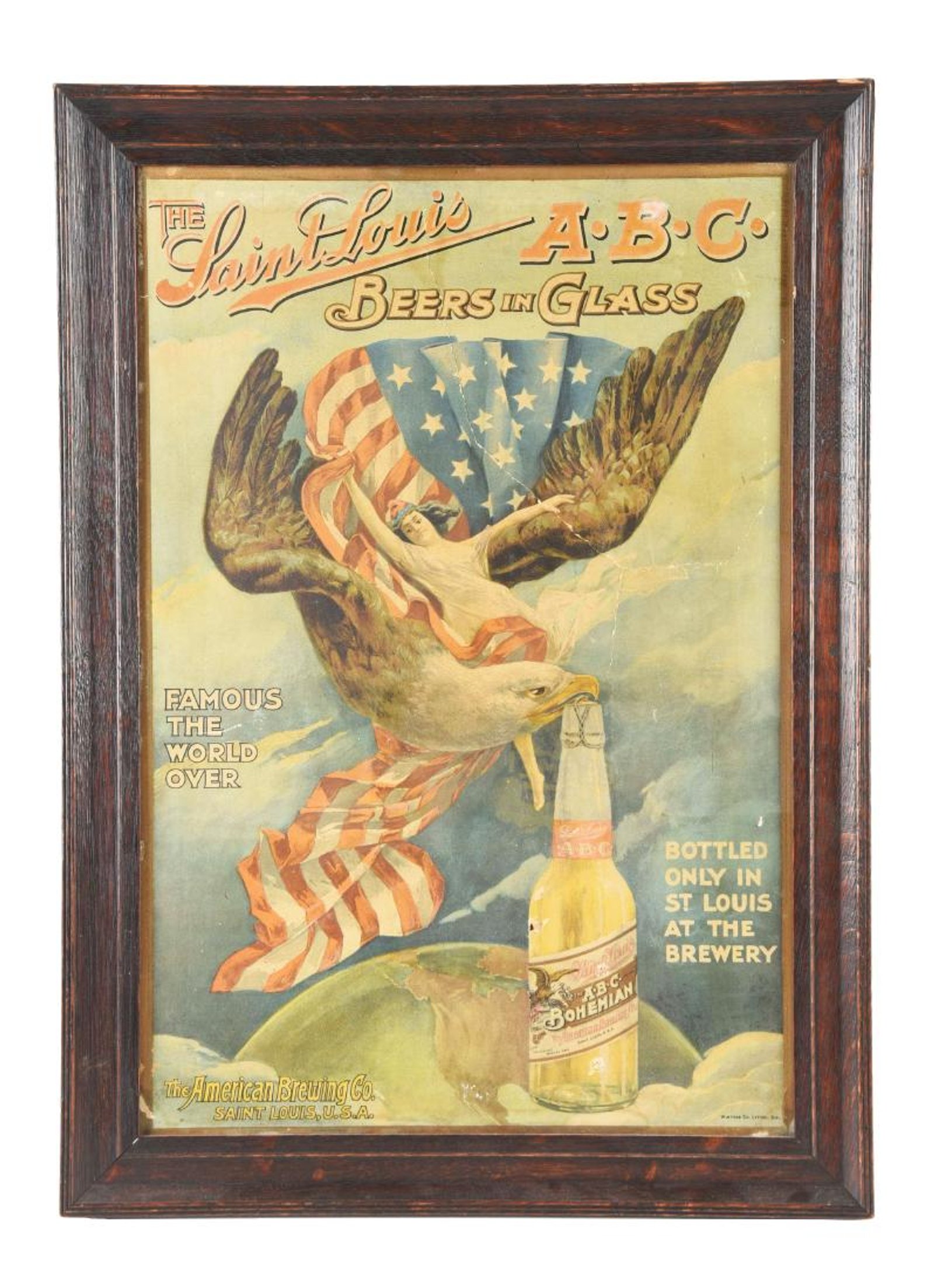 Here is an amazing heavy card stock advertising poster from the American Brewing Company in St. Louis, MO.  The American Brewing Company’s main product was ABC, hence they took the first letter off of each word to celebrate their flagship ABC beer brand.  The companies famous slogan “Famous the World Over” was used because even in the late 1800’s the Saint Louis based brewery was outselling Anheuser Busch and William J. Lemp in their home city, and ABC was being sold worldwide.   Hence the slogan, “Famous the World Over”.  This lithograph featues a beautiful eagle flying over the bottle, apparently getting ready to retrieve the bottle with its beak.