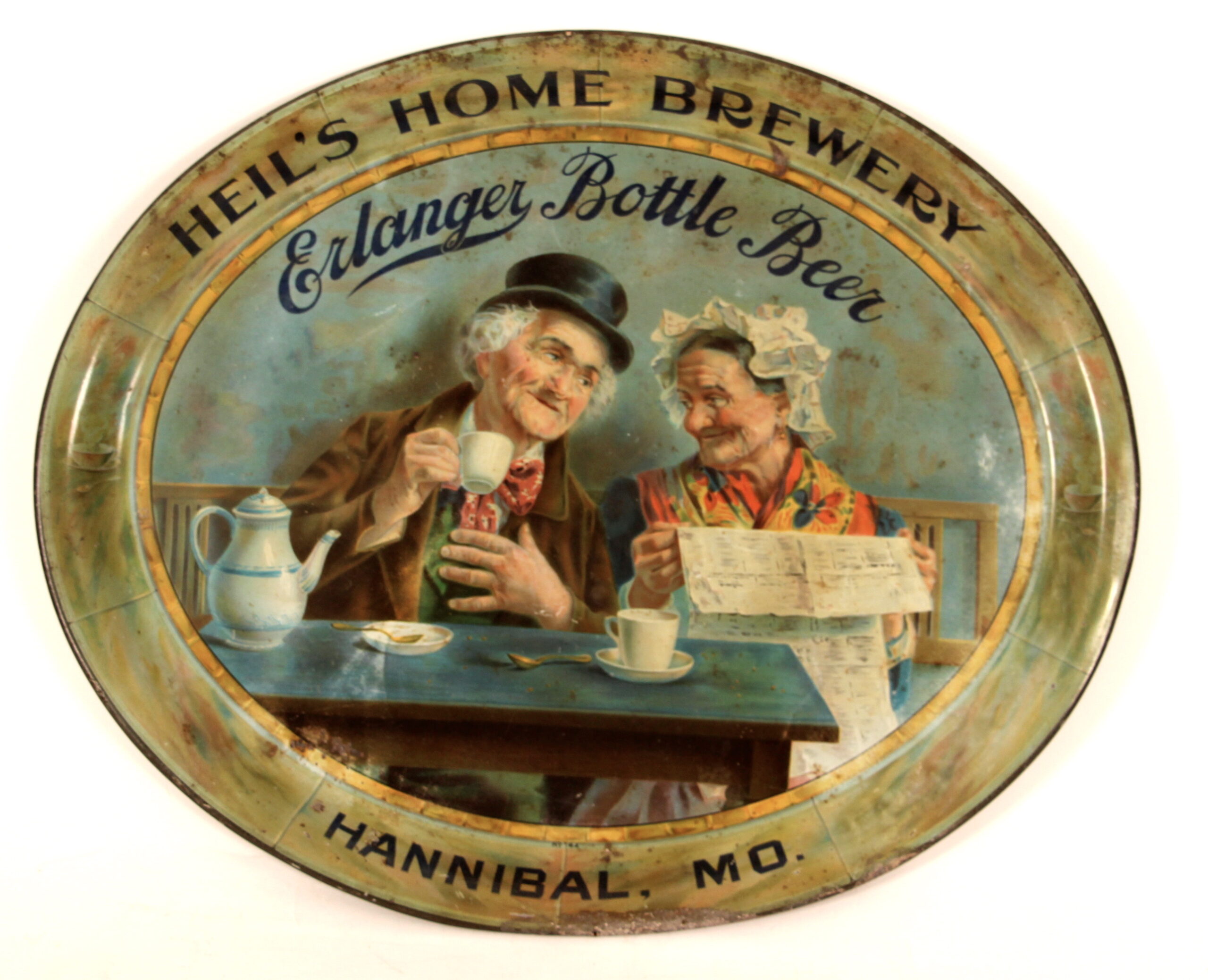 This early pre-prohibition serving tray advertises the Erlanger Bottled Beer brand from the Heil Brewery in Hannibal, MO.   Circa 1903.  In the early 1900’s, many smaller breweries were in business for a short time making their limited number of advertising relics hard to come by. This is one of those difficult finds! This tin lithograph beer tray was manufactured for Heil’s Home Brewery in Hannibal, MO in 1903. The try has a colorful lithograph of an older couple reading the newspaper. 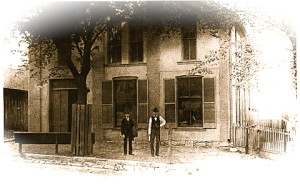 In 1903, William Heil purchased the City Brewery on Grand Avenue in Hannibal, MO and renamed it to Heil’s Home Brewery.

Mr. Heil learned about the brewery business from his father growing up in Burlington, Iowa. He also served an apprenticeship with the Green Tree Brewery when he moved to St. Louis in 1884. Mr. Heil ultimately became the head brewmaster at Green Tree Brewery until his move to Hannibal in 1903. William Heil sold the brewery to Jacob Schorr and the name changed to Schorr City Brewery.