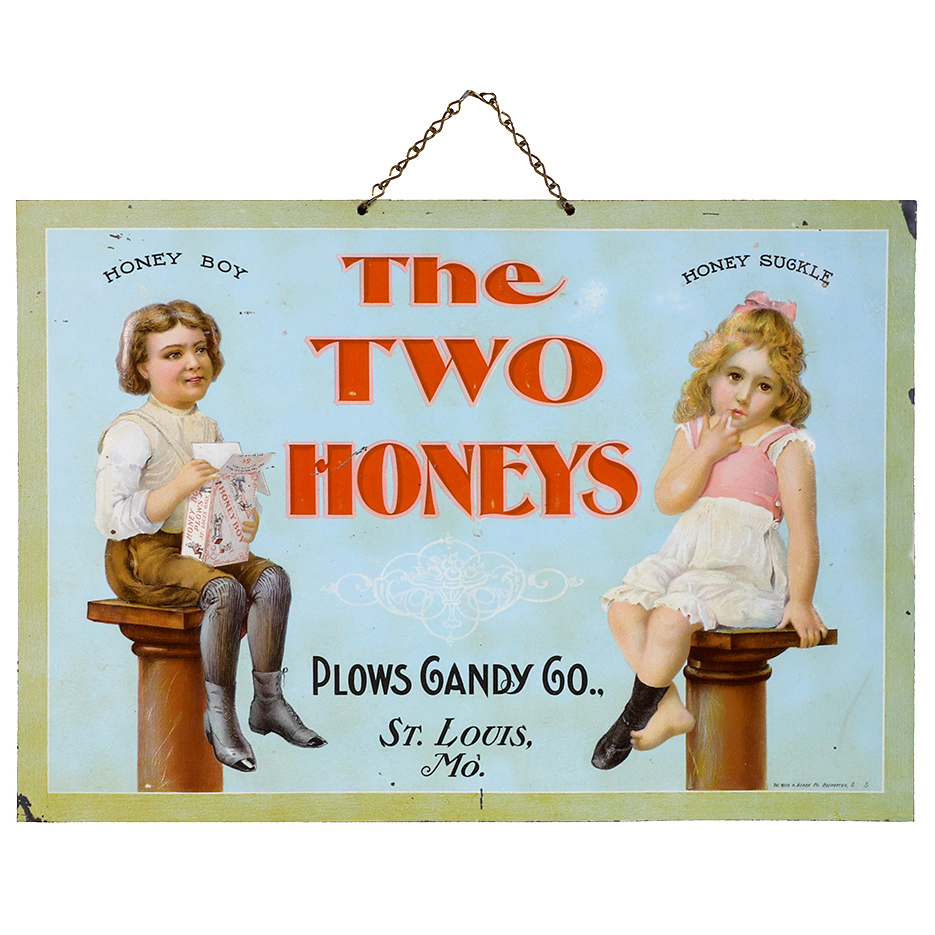 The Plows Candy Company used this particular advertising campaign to help advertise their Honey Boy brand of candy around 1900. However, the campaign used another honey, the Honey Suckle as being another type of honey in this particular sign. Why Honey Suckle one may ask? Isn’t that a noxious type of weed, one that people try to kill before the weed takes over your landscaping? Perhaps this was not the case back in the early 1900’s? We may never know the perception from that time period, but I am more perplexed as to why the Honey Boy image looks so dapper, and the Honey Suckle girl is missing a shoe? I suspect there is a reason, but at this time this writer does not know why the image illustrates that particular unique design. Hopefully a reader will be able to tell me one day why this might have been done. Fingers crossed. This particular sign was produced by the Meek & Beach Company in Coshocton, OH about 1910.

The Plows Candy Company was based in St. Louis, MO, and was a well known early confectionary style producer of many candy brands. Through time their brands have been discontinued and simply lost to time, but what many people do remember the Plows Candy brand for was their early set of baseball cards, of which the 1912 series is considered the rarest if not one of the most difficult sets for collectors to accumulate today. Strangely enough, while the baseball card set was released in earnest, I can only speculate it did not sell very well as the idea of baseball cards in anything outside of tobacco products was unheard of in 1912. Sadly, the Plows Candy Company filed bankruptcy in 1915, and ceased to exist as a company. Today we are only left with collectible advertising signage like the one featured here as a memory of a once proud company.