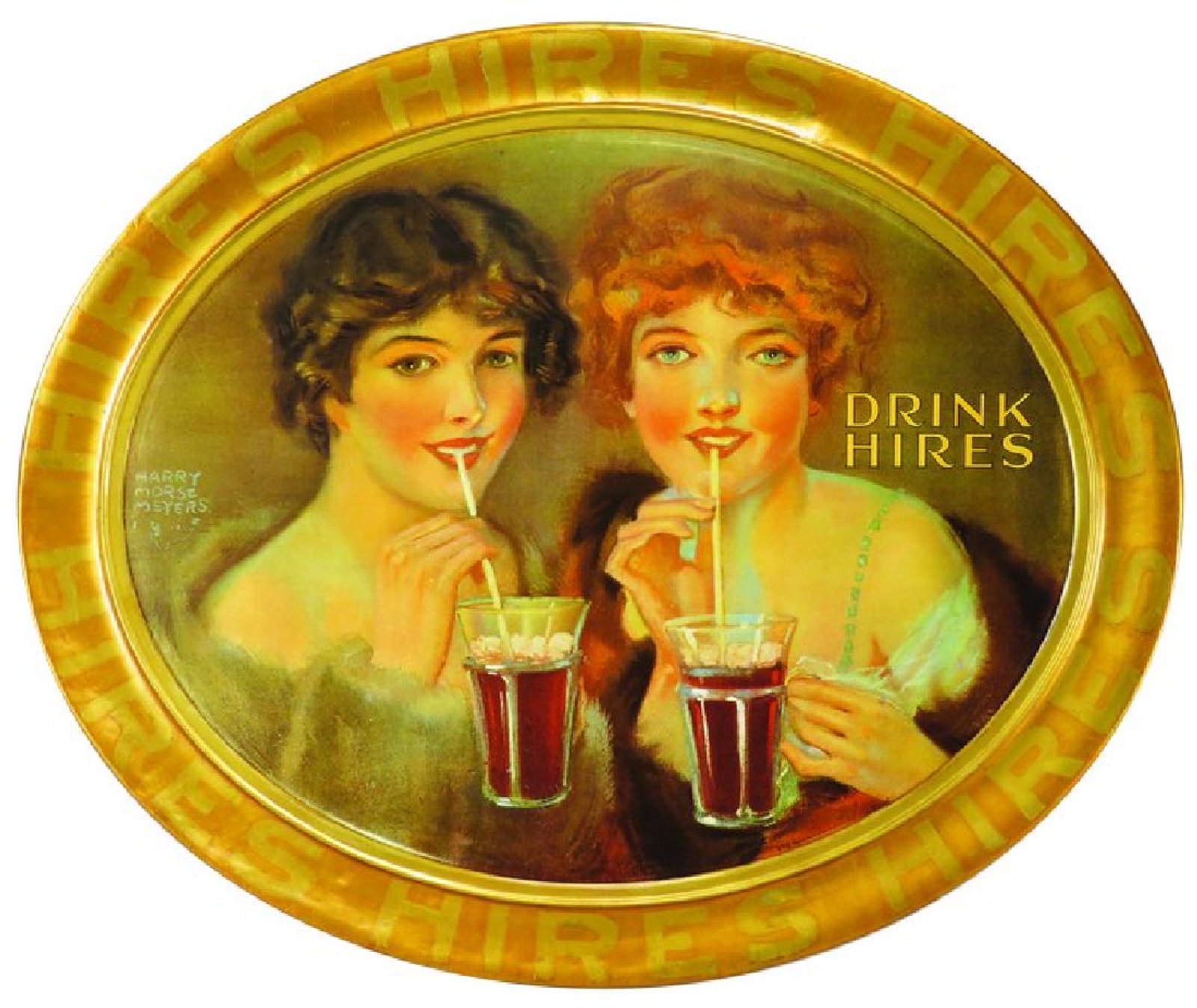 This beautiful self-framed tin sign from the Charles Hire Root Beer Company in Philadelphia, PA is certainly an eye catcher.  I love the golden colors, and the simplicity of two woman sitting together drinking from their straws out of cut glass like soda fountain style glasses.   The artwork is marked and was done by Harry Morse Meyers, a well known illustrator in the early 1900’s.  This particular sign is dated 1915 and is hard to find in good condition.

Hires Root Beer has long been credited with being the original or first root beer brand in the United States.   In 1876 Mr. Charles Hires created a company which would develop the recipe for the Hires unique taste.  Shortly thereafter he was selling the powder which you could make the drink from for 25 cents.   His biggest marketing ploy was to take advantage of the 1876 Philadelphia Centennial Exposition in his backyard and set up stands to give his product away to fair goers.   Because of that, he quickly gained an audience and a ready market for his new drink.  The word beer in root beer did give Mr. Hires a bit of problem during the temperance movement, but because it was a non-alcoholic drink the push back for his product name was short lived, and he flourished even more when the prohibition act went into effect in 1920.