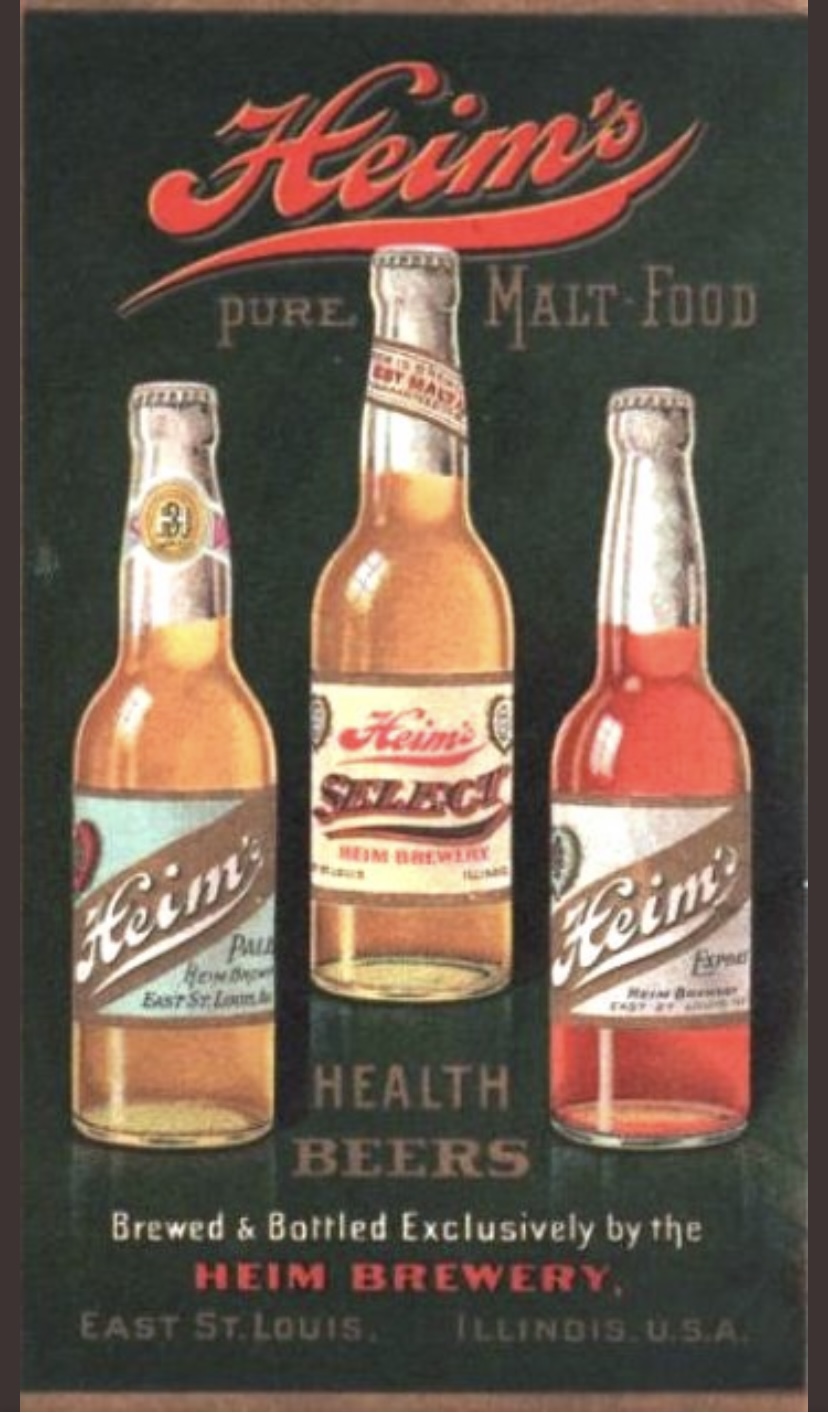 The Heim Brewery based in East Saint Louis, Illinois produced this ad for “Health Beers” back in the pre-prohibition era. Heim’s Select, Lager, and Export are the brand styles of beer on the labels. This is a lithographic poster from the 1910 era. But claiming their products were “Health Beers” is rather interesting. I have seen many medicinal types of products and pharmaceutical related drinks labeled as healthful claim tonics and such. But beer, this is generally the case. The Heim Brewery was a major competitor of not only the Central Brewery in ESTL, the Wagner Brewery in Granite City, the Griesedieck Western Brewery in Belleville, IL, as well as the Wm. J. Lemp, Anheuser-Busch, Griesedieck National, Klaumann, Louis Obert and many other local breweries in the St. Louis, MO marketplace.

The Heim Brothers started their brewery in Manchester, MO but quickly moved to the thriving city of East Saint Louis in the 1880 era. Eventually as they grew, one of the brothers moved to Kansas City, MO and started another brewery in that city, which grew quickly and became one of the biggest breweries in the KC marketplace.