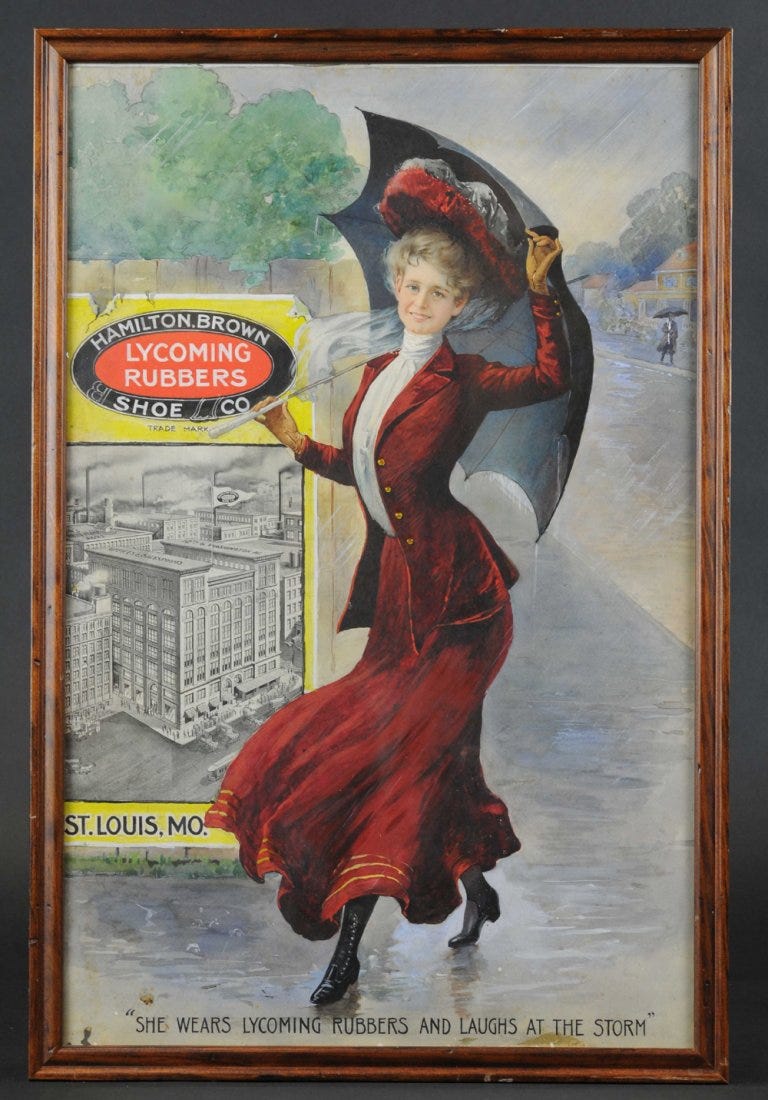 Featured is a beautiful paper lithograph poster from the Hamilton Brown Shoe Company which was headquartered in Saint Louis, MO for their Lycoming brand of Rubber boots. This particular lithograph features a nicely dressed woman who doesn’t seem to have a care as she walks with her umbrella and knows her feet are protected by her Lycoming boots! The slogan “she laughs at the storm” is a perfect example of telling the potential consumer you can trust the Lycoming brand. Of course her smile while walking through the rain brings some assuredness that she is protected as well.

The Hamilton Brown was originally called the Brown Shoe Company when it was founded in St. Louis, Missouri in 1878. However, the name changed quickly to the Bryan-Brown Shoe Company and then the Hamilton Brown Shoe Company later in the 1880’s. Hamilton-Brown eventually became the largest shoe manufacturer in the world and contracts for the military with the U.S. Government propelled them even further into a leadership position. However the depression in 1929 severely hurt their business along with union demands and rising labor costs. Eventually for various reasons, the company filed bankruptcy in 1939 and was no more.