GUMPERT BROS. CIGARS WERE FULL WEIGHT AND WORTH IT! 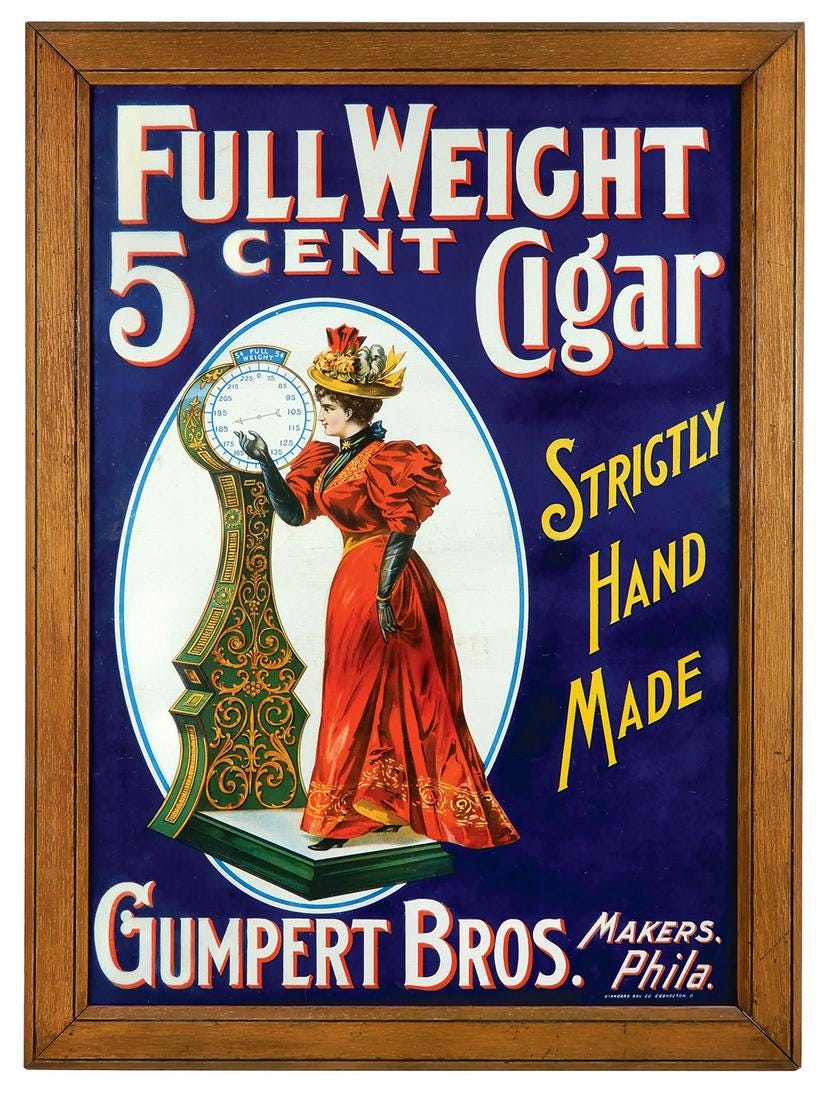 The well known Gumpert Brothers Manufacturing plant in Philadelphia, Pennsylvania was well known on the eastern coast for making a great cigar. One of their most famous brands was the Full Weight 5 cent cigar brand, of which this lithograph clearly demonstrates that weight and getting the most for your money was important. Hence, the image of a scale and a lady checking to ensure she got her money’s worth, most likely for her husbands cigar needs I would guess. This image is quite unusual, and I have not seen it on any other advertising items or signage from the Victorian 1900 era so far.

Located at 1341, the Gumpert Tobacco plant was one of Philly’s biggest producers of tobacco related smoking items. The companies flagship brand however were British Queen Havana Cigars and also Pollywogs Cigars with a trademark frog image. Unfortunately like many factories of this era producing leaf tobacco, the company eventually either ceased operations or was bought out by another larger company most likely, as they seemed to disappear from the business registries by the end of the first quarter century in the 1900’s.