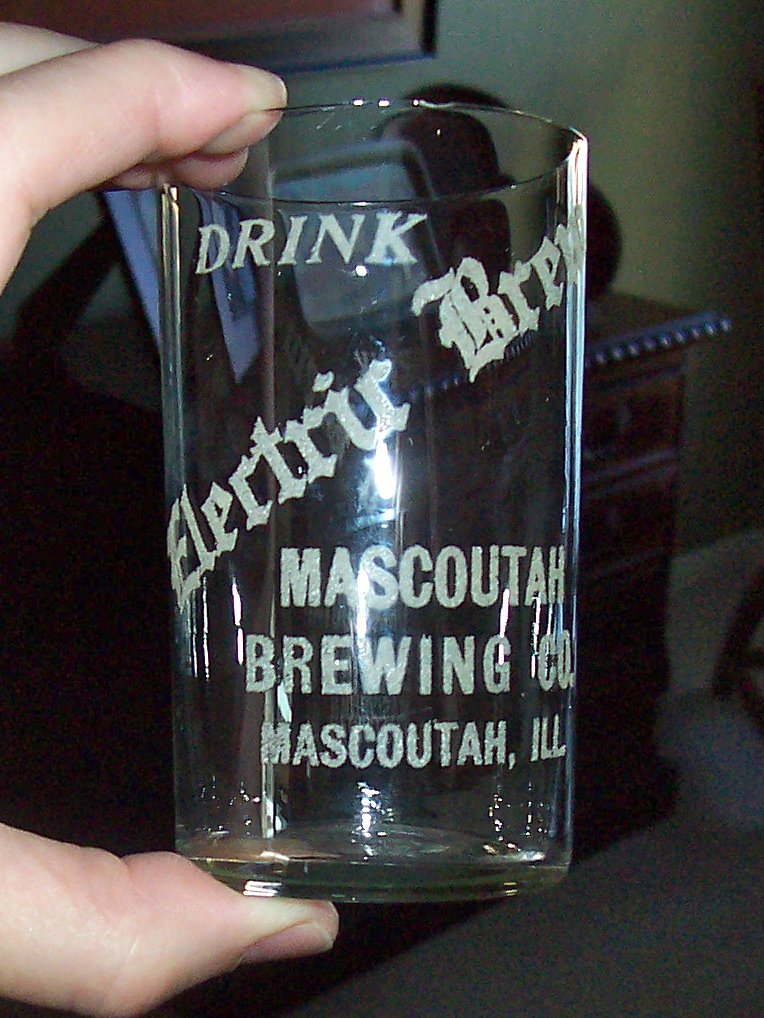 The brand name Electric Brew is not one brand which would roll off of the tongue of todays modern day beer drinker. However, back when this brand was made by a small town brewery in Mascoutah, Illinois, the name was significant to the maker. The Mascoutah Brewery was one of the first breweries in the Midwest to have electricity generation within their brewery. Hence, the aptly named signature beer, Electric Brew. This particular etched pebble shell style beer glass is tough to find, as it is a bit older than the other Electric Brew glass which is solely etched only, and does not have the rougher pebble feel to it like the glass shown here. Modern day collectors of etched brewery glasses love the styles and shapes, and of course the designs these breweries came up with. The Mascoutah Brewery was also well known for their Special Brew and Hi-Grade brands of beer. The brewery was also famous for getting caught producing beer illegally during the prohibition years, of which they were fined heavily for producing beer illegally during those dark days.