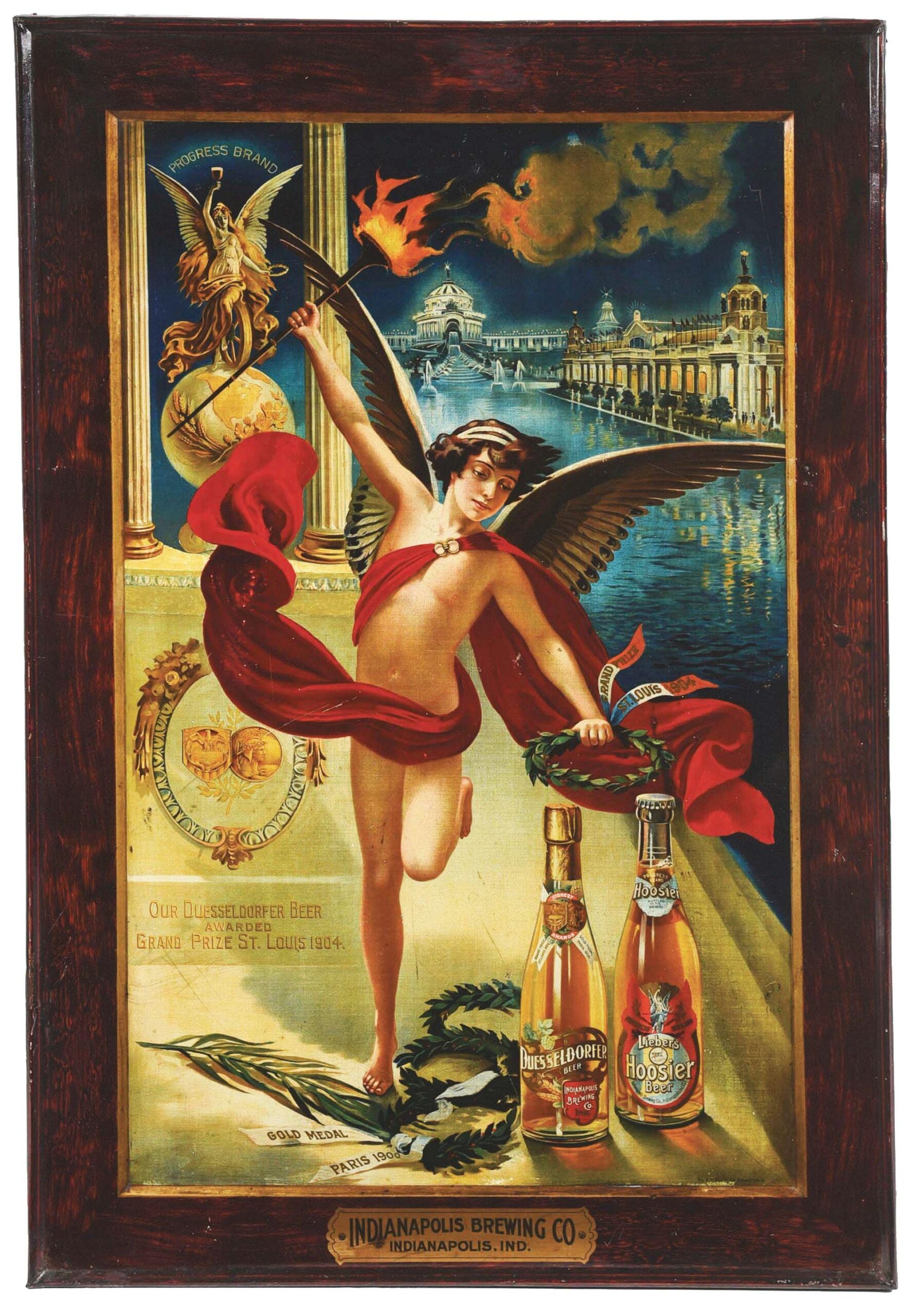 This incredible self framed tin sign put out by the Indianapolis Brewing Company in 1904 was a result of their flagship brand of beer, Duesseldorfer taking home the top award at the Saint Louis MO 1904 Worlds Fair Exposition. Brilliantly designed with their mythological like boy, and the image of the Grand Basin at the Fair in the background make this sign a truly unique piece. Put out by the Tuscarora Advertising Company most likely in Coshocton, OH, this sign features a molded tin edging over the back wood frame, offering stability for the piece to avoid easy bending, etc.

The Indianapolis Brewery also incorporated their second best selling beer into the design, alongside the Duesseldorfer bottle with the addition of their Hoosier Brand. Of particular interest is the transition time period for bottled beer, shown clearly in the image, with the original foil seal blob top bottle on the left, and the newly invented crown cap design on the Hoosier bottle. Unfortunately while the brewery was successful as demonstrated by their notation of winning awards besides in just in Saint Louis, as noted with the inclusion of their award at the 1900 Exposition in Paris, France too. Just a few short years later with the introduction of prohibition, the Indianapolis Brewery ended a successful run of brewing beer when all beer sales became illegal in 1919, lasting until 1933 with the laws repeal in the 21st Amendment.