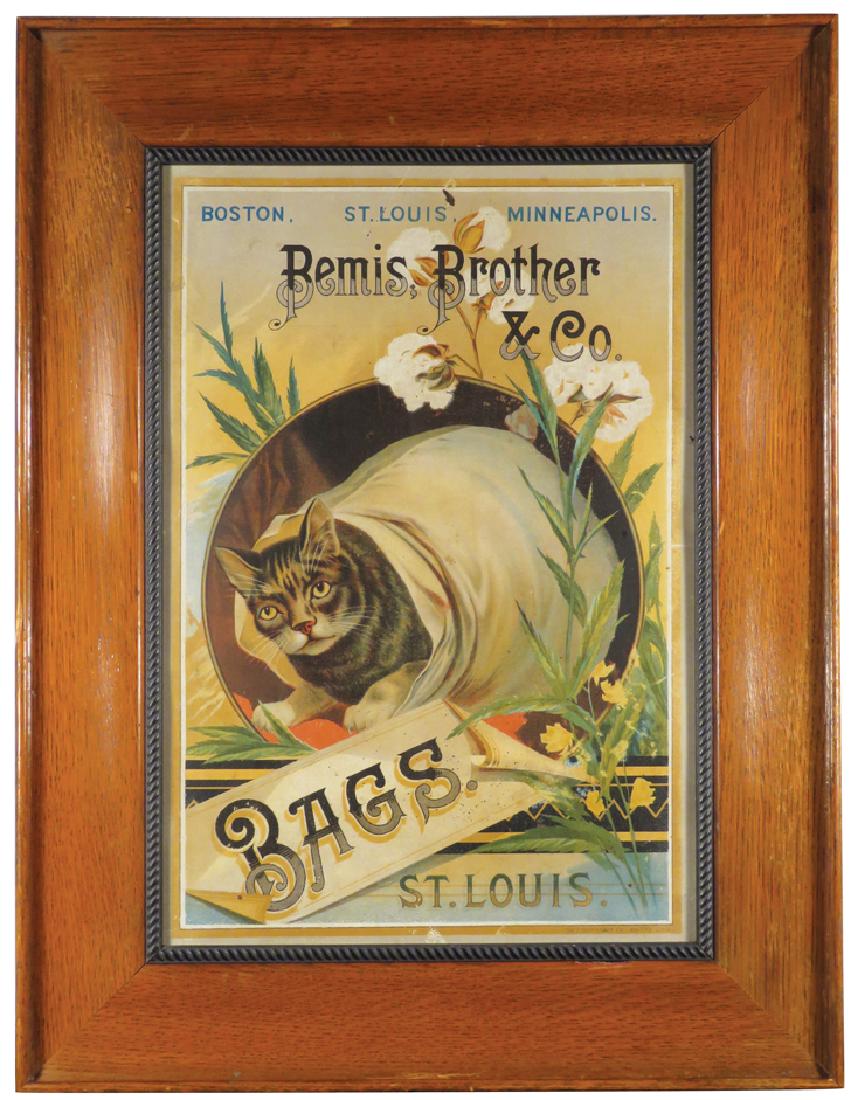 The Bemis Brother Company was the largest producer of cotton bags at one time in the United States. This company was originally started in St. Louis in 1858 and would have been a leader simply due to the amount of traffic that went up the river with boat traffic or out via the railroad lines from the Gateway to the West. Cotton bags were used to transport all sorts of final goods as you can imagine, along with wood boxes at that time. This particular tin sign features a cat coming out of a bag, and as you can imagine, at that time there were probably a lot of cats running around loose in the old industrial factories of that era. The company did not need to advertise much, and simply used the word “Bags” as the only advertisement needed along with an image of the product to sell their wares.

Judson Moss Bemis started the company in 1858, and after much success, started his second plant in Minneapolis, MN, only to be followed shortly by another in Omaha, Nebraska. Finally, before the 1890’s started, there was another large plant based in Boston, MA. This sign features there three largest plants on it, with the home base of Saint Louis featured most prominently in the advertisement.