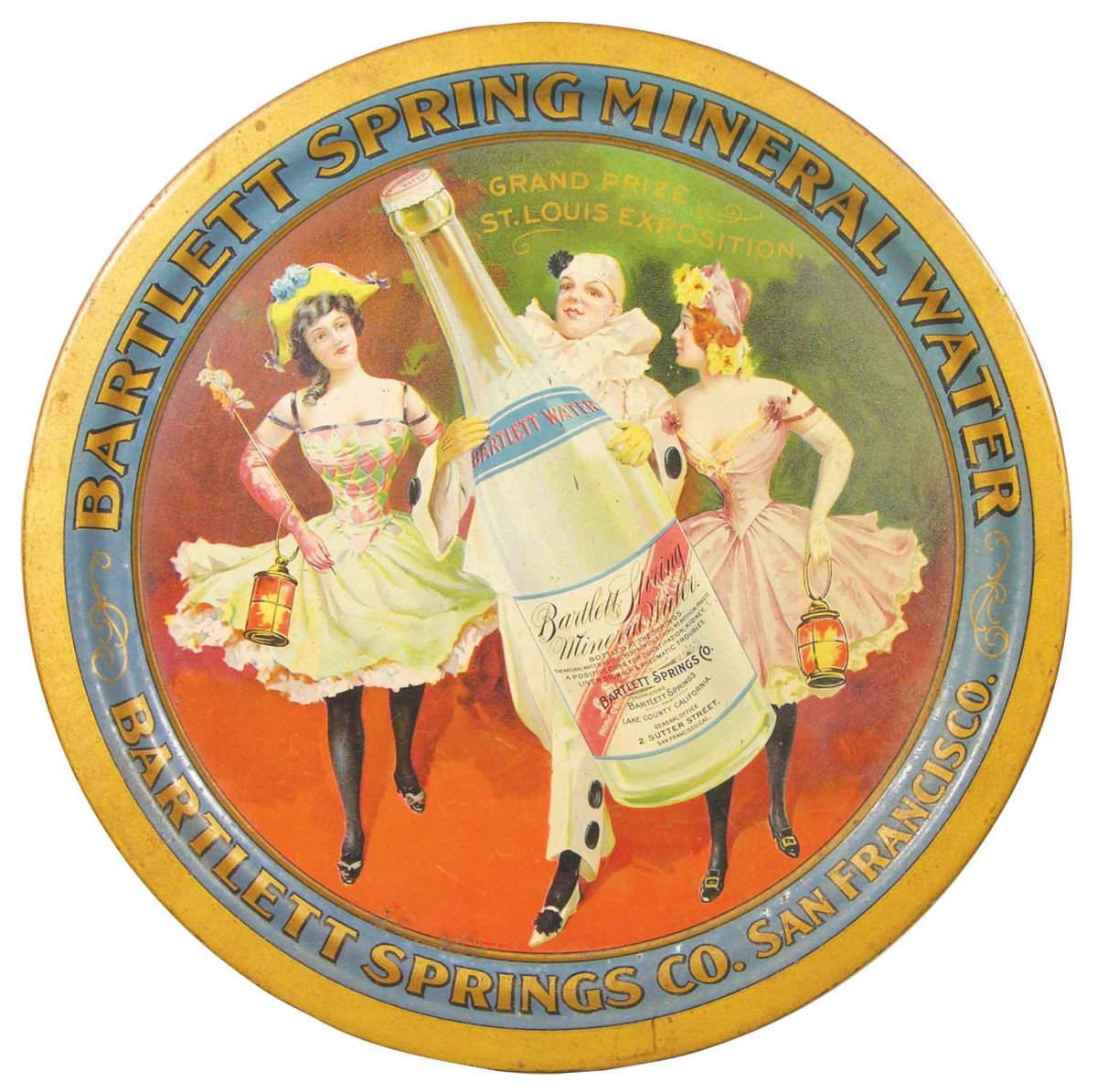 The Bartlett Springs Mineral Water Company was based in Lake County, California.

It was a well known mineral water and bath house destination for many northern Californians in the late 1800’s and early 1900’s.   One of my favorite collectibles from the state of CA are the serving trays which the Bartlett Springs Mineral Water Company produced in the early1900’s.  I have seen at least four styles of these trays from the company over the years.   This particular one has a designation for their Grand Prize at the 1904 St. Louis Exposition, also known as the 1904 Saint Louis World’s Fair.

The significance of a clown like character carrying the large mineral water bottle on the tray is unknown to me.   However, the use of fashionably dressed Victorian era woman was common and always catches the eye in advertising.  The tray says the companies location was in San Francisco, however, this was only the offices for the mineral water production.   The springs and the accompanying resort were located in Lake County, approximately 130 miles away.

Mineral water bath houses were very popular over 100 years ago.

Many believed the body could be cleansed with the natural mineral substances that came from the mineral springs.   The Bartlett Springs bath houses are featured in many late 1800 era photographs, but a visitor today will only find traces of the foundations where the buildings once stood in Lake County.   The state of CA has taken over ownership of the land and it is now part of a state run park system, visited by thousands each year.   Fortunately for collectors like me, the trays are still around leaving us lasting memory of what once was a thriving destination for many from the northern California area.