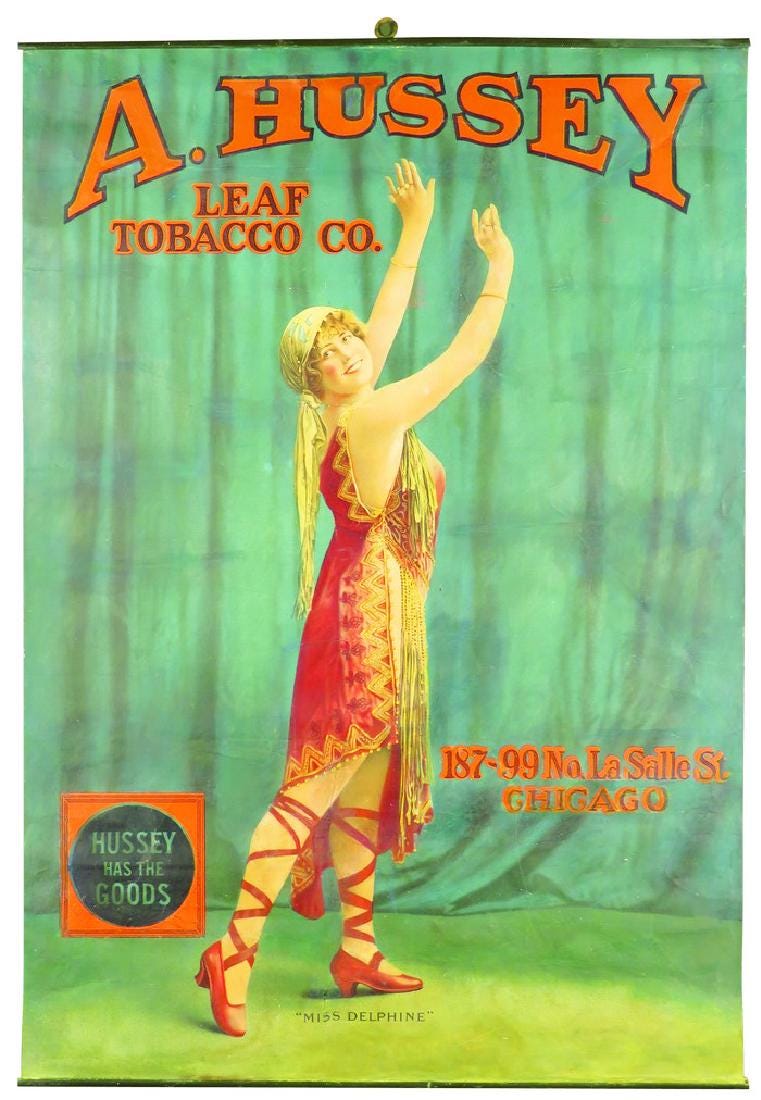 The A. Hussey Leaf Company was a huge seller of tobacco related smoking mixtures used primarily for pipe smokers, cigarette rollers, and cigar manufacturing companies. The Hussey Leaf Company often featured prominent actresses or singers of the era, all woman, and all beautiful. This company while only advertising Chicago, IL on this particular lithograph often included their other two main manufacturing plants which were located in New York City and St. Louis, MO. I am not sure when the company officially ceased operations, or when they would have merged with another company. I do believe it was sometime in the late 1920’s though based on the era of most posters I have seen from this company.